IPL will take quite a bit of hard work on the part of the teams to attract serious sponsorship money that is for the long term and is not tactical. 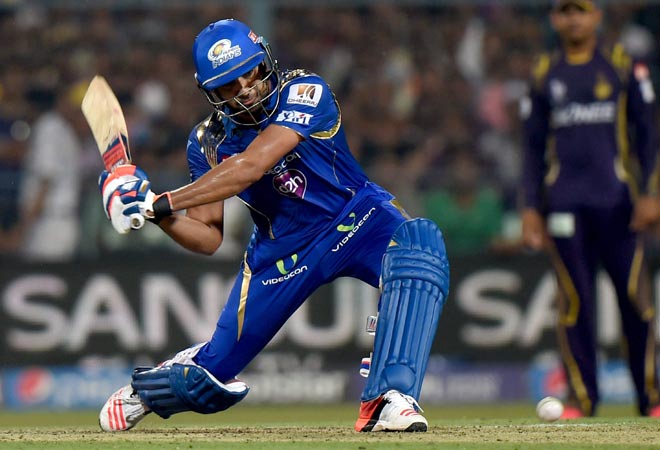 Remember that this rate is for the first few weeks. Multi Screen Media usually keeps 10 per cent ad inventory for sale during semi-final and final matches.

Last year's rates for these two stages were Rs 8-10 lakh.

The broadcaster, which has roped in 12 sponsors, hopes to earn revenue of more than Rs 900 crore this year compared with Rs 800 crore last year.

The Board of Control for Cricket in India (BCCI), too, has become richer by selling digital viewership rights to Star India for Rs 302.2 crore.

The global rights for Internet, mobile and radio from 2011 to 2014 were bought by a consortium led by Times Internet for Rs 261.6 crore. In fact, last year, Star India had licensed the digital distribution rights of the IPL from Times Internet.

Individual teams have also made a killing by attracting Rs 300 crore as sponsorship money, 10 to 15 per cent more than last year.

So, the fear that the just-concluded ICC World Cup will lead to advertiser fatigue with cricket has not come true.

Even apparel brands US Polo, Jack & Jones and Flying Machine have made their debut, and are supporting KKR, MI and Delhi Daredevils, respectively.

Though the list of sponsors is impressive, most deals are for the short term. Brand stickiness, particularly in individual team sponsorships, is missing. "Most brands are talking about signing three-year deals but are actually going for one-year deals that can be extended by another year or two," says Hitesh Gossain, founder, onspon.com, an online platform that facilitates sponsorship deals.

Apart from Ultratech and Aircel, which have supported the IPL since inception, the rest have come and gone.

For instance, Daikin has replaced Quikr, while WH Smith is no longer sponsoring the Hyderabad team. Royal Challengers Bangalore (RCB) recently signed up Huwaei as a sponsor, though a senior media planner confirms that this as well as the Gionee deal with KKR are for the short term.

Compare this to the English Premier League (EPL) deals. Be it the Emirates' association with Arsenal, Samsung's presence on the chest of Real Madrid jerseys or Standard Chartered Bank's association with Liverpool, they all have lasted for over a decade.

"These brands have become synonymous with football. They invest in the development of the sport. The IPL is being used only for tactical purposes and is not being looked as a platform for strategic partnerships," says Gossain.

So, why is brand stickiness an issue with the IPL? One reason, say experts, is lack of a fanatic fan base. "The EPL teams have fanatic fans across the globe. There is a high degree of emotional attachment, which is not there in the IPL. Therefore, most brands use it just for creating immediate awareness," says Nirmalya Sen, CEO, Havas Worldwide India, a marketing communications agency.

Most Indians are loyal to players and not teams. So, if Virat Kohli, who plays for RCB, is bought out by another IPL team in the subsequent season, there is every possibility that his fans will start supporting the other team.

While the IPL may be the highest-rated reality show on television, it will take quite a bit of hard work on the part of the teams to attract serious sponsorship money that is for the long term and is not tactical.

Keeping an eye on ethics