Government's help to SpiceJet is not a great idea

The fate of the airline is more or less sealed. Fresh capital infusion, if it all that happens, might be a temporary solution. 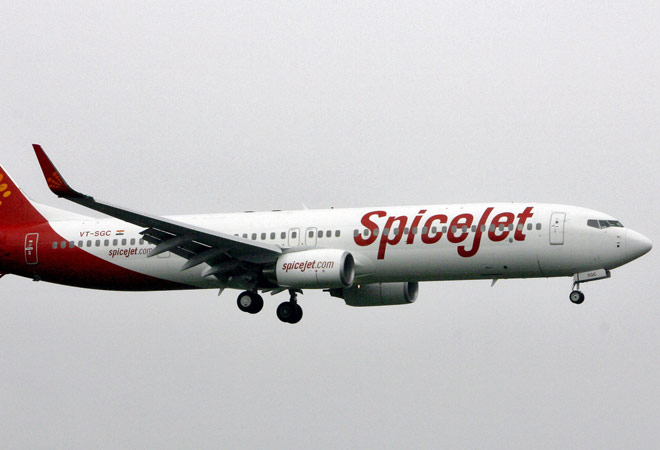 The answer to the survival of the beleaguered airline SpiceJet possibly lies in history. The headlines that the airline is making these days give a sense of deja vu.

It owes some Rs 2,000 crore to various debtors, oil marketing companies, airport authorities, service providers, among others. It is running into losses for the past few years. Its fleet size is reducing rapidly. The management is clueless about revival, and somewhere in the turmoil, the government is trying hard to bail the airline out.

Cut to 2012. Kingfisher Airlines had accumulated losses that led to non-payment of about Rs 7,000-crore debt.

In June 2012, its lessors took back some 32 planes for non-payments of rentals.

Its employees were not paid for months.

Several flights were cancelled as the airline decided to trim its operations. The problems finally led to the aviation regulator DGCA denying flying license to the airline in December 2012.

There was a plenty of clamour around saving Kingfisher Airlines before and after its death. The government did interfere (by giving it a lifeline) but in vain.

By early 2013, Kingfisher was history. It felt like good sense (throwing good money after bad money is always futile) prevailed over emotions (stories of the impact of shutting down Kingfisher on the livelihood of its employees).

The aviation sector moved on. Perhaps, the sector is now hurtling towards yet another crisis in the form of SpiceJet. The problem with SpiceJet is nothing new. The airline has been struggling to make profits for the past few years. Everybody was hopeful though that a "white knight" would come and infuse cash to revive the airline but that never happened, and the airline is now fighting its toughest battle ever.

The civil aviation ministry, on the other hand, is trying to grasp at straws.

The ministry has asked OMCs and the Airports Authority of India to give 15 days to SpiceJet to clear its dues.

In addition, banks and financial institutions have been asked to lend Rs 600 crore to the airline on a personal guarantee of SpiceJet Chairman Kalanithi Maran. But if Maran does stand personal guarantee, and then does not pay up, banks cannot do much to recover their money.

If anybody has to save this airline, then it should be Maran himself. The media baron's net worth stands at over $2 billion, according to some estimates. His flagship company Sun TV Network, in which he owns 75 per cent as on March 2014, has been consistently registering growth in both top line and bottom line numbers over the past three years. In 2013/14, its net profit stood at a healthy Rs 716.96 crore.*

It is reported that Sun Group has already raised concerns about its liquidity conditions.

Apparently, the group has said that it would not be appropriate to "take help" from other group companies because that will hurt the interest of minority shareholders of those companies.

It may be noted that the promoters of the Sun TV Network are known to draw hefty salaries at the cost of its employees and shareholders.

In 2012/13, for instance, the company's 1,916 employees together earned Rs 85.7 crore while the promoter directors - Kalanithi Maran and wife Kavery Kalanithi - each got Rs 56.2 crore as salary and perks.

But even if Maran agrees to infuse money into the troubled airline, which seems highly unlikely, it does not make sense.

From a pure business point of view, it would require much less money and resources to start a new airline.

Of course, building a brand is not easy. Some industry experts believe that the airline will continue to operate but with a much smaller fleet, roughly of the same size as GoAir.

The fate of the airline is more or less sealed. Fresh capital infusion, if it all that happens, might be a temporary solution.

(*The story has been updated to reflect SpiceJet promoter Kalanithi Maran's net worth and how it is of significance in bailing out the airline.)

Concept of smart cities must be seen in Indian context