Given the quagmire the Indian economy is in, US military action against Syria will make things a lot worse. It is bound to lead to a spike in international oil prices. 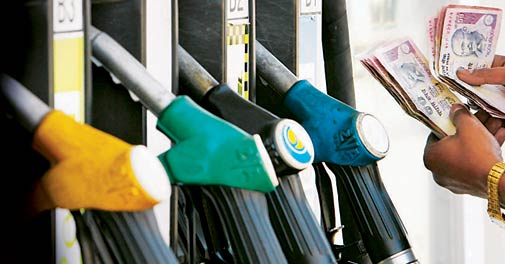 Anilesh S Mahajan
Indians were never particularly bothered by how US President Barack Obama felt about a third country. But no longer. Today, if that country is Syria, which has been accused of using chemical weapons against its own people, Obama's thoughts matter very much indeed to India. Many in New Delhi's North Block heaved a sigh of relief on Thursday (August 29), when Obama told the US media that he had not yet made up his mind about the nature of the retaliatory action against Syria for flouting international conventions through its chemical warfare. Among them were Finance Minister P Chidambaram and his team. Given the quagmire the Indian economy is in , US military action against Syria will make things a lot worse. It is bound to lead to a spike in international oil prices .

Syria may not be a major oil producer, but oil analysts are worried that a US attack could disrupt other oil exporters in West Asia, especially at the time when output from Libya - following the separate troubles in that country - is down to one sixth of what it used to be.

India imports 78 per cent of its oil needs. Oil comprises 32 per cent of its import bill. It is the worst possible time for India for crude prices to rise, given that the rupee continues to plummet downwards, markets are crashing and there is already gloom all around.

In his carefully worded address, however, Obama also added that he was indeed looking at "limited" military action. Oil analysts fear that an attack on Syria will send oil prices shooting up to $150 a barrel on the Brent scale. Recently it cross $116 per barrel for the first time in the last six months. Next week it is expected touch $125 if the US or an alliance of western nations decides to hit Syria on the weekend. "This will be 'fear premium', which we will be forced to pay," says Vandana Hari, Editorial Director of Platts Asia.

Like other emerging economies, India too is keeping its fingers crossed, perhaps a little more tightly than some others, hoping the predictions of oil analysts go wrong. The value of the Indian currency rose on Thursday, after the Reserve Bank of India's announcement, late on Wednesday, of providing dollars to Indian oil marketing companies for their monthly purchases of crude oil. The current monthly requirement of the OMCs is $8.5 billion. But if the price of crude crosses $150 a barrel, this will rise to $11 billion, which the RBI will be hard put to shell out. It will not only increase domestic oil prices but also the demand for US dollars.

The biggest worry is indeed domestic oil prices - the costs of petrol, diesel and LPG will go through the roof. Estimates suggest that if oil breaches the $150 mark, petrol prices will touch Rs 100 a litre at the average exchange rate of the current fortnight, the price of  an un-subsidised gas cylinder could cross Rs 1100 and a litre of diesel, Rs 70. This could also lead to another spell of inflation in the country. Certainly, the government is in no position to increase subsidies. It has already set itself what many call an "unrealistic" target of bringing the current account deficit down to $70 billion and is also committed to implementing the food security bill. There are tough days ahead.