Pulses trade on the agenda for India-Canada talks

Lawrence Macaulay, agriculture minister of Canada has begun a five-day visit to India. He is leading a 20 member delegation of Canadian agri-food companies and associations. 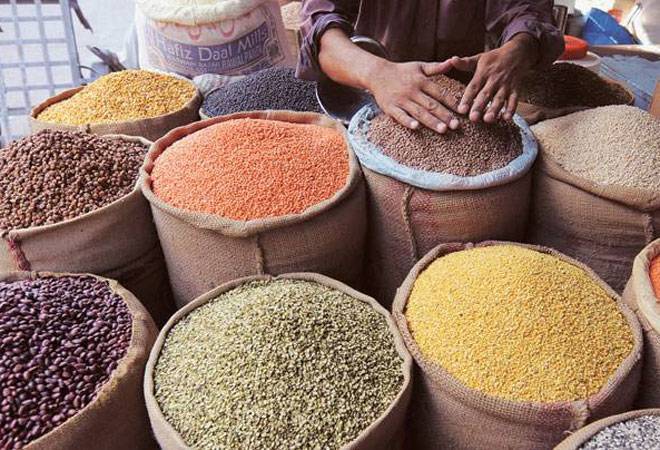 Lawrence Macaulay, agriculture minister of Canada has begun a five-day visit to India. He is leading a 20 member delegation of Canadian agri-food companies and associations. The stated objective of the business delegation is to strengthen India-Canada trade relationship. What is not so explicit, is a plan to end the current uncertainties relating to the export of pulses to India.

Canada is the largest supplier of pulses to India, a commodity whose chronic demand supply gap has been a matter of serious concern on multiple fronts - fiscal, inflation, food security and agriculture - in India. In 2015/16, the country imported $ 1.42 billion worth of pulses from Canada.

THE ISSUE
What troubles Macaulay is India's recent decision to implement a rule that necessitates fumigation of pulses with a chemical methyl bromide (MBR), as a phytosanitary measure, from the country of origin itself. The rule is to become operational on April 1 onwards, after which India can reject consignments carrying pulses that are not treated with MBR in the originating country itself. India's Plant Quarantine (PQ) department has been relaxing this rule for several years due to various reasons, the main reason being scarcity of pulses. Finally, it was decided that all agri-commodity consignments and cargo arriving without MBR fumigation from load port will be rejected.

Canada's problem is that the country is one among the 60-odd countries that have banned the use of MBR as it depletes ozone layer. At the same time, India is too attractive a pulses market for Canada to ignore. A third of its pulses exports are to India.

RATIONALE FOR BAN
India believes that it has being giving undue concession for too long. Agriculture ministry officials state that the export of agri-commodities, globally, is done according to the norms prescribed by the plant quarantine norms of the importing country. Every Indian exporter follows the conditions of the destination country. It is also known that no other country in the world offers any relaxation for non-compliance. India is the only country where such a facility is given to the trade.

The Indian argument is that MBR is the only effective fumigant that can eradicate pests and insects across all four stages - egg, larvae, pupae and adult. The PQ department says that untreated import of agri-cargo might contain eggs and larvae that can metamorphose into adults in transit and affect India's bio-security, soil and crops. Further, India states that there is no international obligation that requires ban on MBR as the Montreal Protocol has not banned the use of MBR for fumigation of harvested and stored crop. It only bans the use of MBR in the field on the soil.

The government wants to make India self sufficient in pulses in the next three years to reduce the subsidy burden it has in procurement of pulses at support prices. The government had provided Rs 900 crore - revised to Rs 3,400 crore - for price stabilization fund in 2016/17 to check volatility of prices of essential commodities, particularly pulses. It was also meant to create buffer stock of pulses through domestic procurement and imports. The budget allocation for price stabilization fund for 2017/18 is Rs 3,500 crore.

Canada has an ally in the Indian Pulse and Grain Association (IPGA), a body of pulses traders and importers in the country. In a representation to the Agriculture Ministry, the association has sought another interim-extension. The IPGA points out that the import for the next season will start from August onward. The orders for that will have to be placed from next month (April). Ïf the decision to reject non-compliant consignments is implemented from April 1, importers will not place their orders. There is a strong possibility of imports from countries like Canada, US, France, Russia and East Africa coming to a standstill and leading to shortage of pulses and increase in prices, they say.

The importers want March 31 to be last date when consignments can be boarded from port of origin under the existing relaxed conditions. This will enable the vessels that are bound to India with such consignments to begin their travel, they say.

Macaulay will try to find a solution to the problem to end the uncertainties plaguing its pulse farmers. Canada going back on its MBR commitments seems to be out of question. India may agree for an interim relaxation. But that cannot be a permanent solution. A mutually acceptable alternate means of fumigation could be one.  But that cannot happen overnight.

Pulses will remain on the agenda for India-Canada trade discussions for sure.

Fighting cartelisation in pricing of medicines