It was at a meeting of the US-India Trade Policy Forum towards the end of 2015 that Commerce Minister Nirmala Sitharaman got some first-hand information about a mega trade deal that the United States had just signed with 11 other countries. 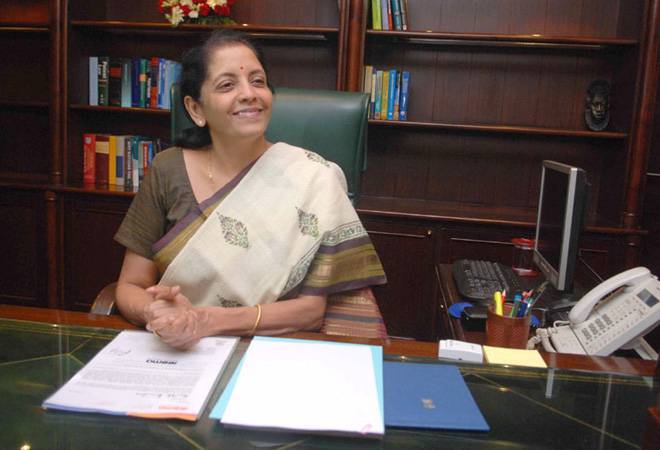 Joe C. Mathew, Senior Associate Editor, Business Today
It was at a meeting of the US-India Trade Policy Forum towards the end of 2015 that Commerce Minister Nirmala Sitharaman got some first-hand information about a mega trade deal that the United States had just signed with 11 other countries.

Though India was not part of the deal, it was in the Commerce ministry's interest to know more about this agreement as it involved some of its key trade partners - the US, Japan, Australia, Malaysia, Singapore, etc. With India's merchandise exports showing continuous decline (for 13 months in a row now), it was only natural that the government wanted to understand the implications of the Trans-Pacific Partnership (TPP) agreement.

While the minister did not disclose the details of what transpired at the trade policy forum briefing at that time, she indicated, at a book launch function organised by Confederation of Indian Industry (CII) on February 1, that a Commerce Ministry commissioned study on the topic will be soon ready.

The analysis, carried out by the Centre for WTO Studies of the Indian Institute of Foreign Trade (IIFT), is most likely to be less alarming in terms of the potential revenue loss for India as a bulk of items India exports to the US, its biggest trading partner among the TPP members, will remain unaffected, as least for now. Further, TPP is not yet operational as it requires legislative clearances from all partner countries, which will take time.

The threat posed by TPP would be something bigger. Being a futuristic agreement, it can be a harbinger of the changes that one might see in future multilateral and bilateral trade negotiations. Hopefully, these issues will also be flagged in the expert analysis that is being prepared by the IIFT centre.

What exactly is TPP?

The Office of the United States Trade Representative (USTR) provides a fairly comprehensive overview of the new agreement - Trans-Pacific Partnership (TPP) - signed between the US and 11 other countries, on its website.

Three headlines explain the core objective of TPP. "Increasing American exports, supporting American jobs" is the first. "Leading Asia-Pacific regional integration initiative" and "American competitiveness in the Asia-Pacific" are the other two.

USTR explains that "TPP will make it easier for American entrepreneurs, farmers, and small business owners to sell Made-In-America products abroad by eliminating more than 18,000 taxes and other trade barriers on American products' across these countries."
The countries that have agreed to join TPP together represents nearly 40 per cent of global GDP - including Australia, Brunei Darussalam, Canada, Chile, Japan, Malaysia, Mexico, New Zealand, Peru, Singapore, and Vietnam.

India was neither part of any negotiations that led to the agreement, nor is the country mentioned anywhere in the USTR overview.

The large and growing markets of the Asia-Pacific already are key destinations for US manufactured goods, agricultural products, and services suppliers, and the TPP, USTR claims, will further deepen this trade and investment.

The set of new rules TPP will introduce to the multilateral trading system will help achieve the objectives set out by the US. To be brief, these rules are more stringent that what is today prescribed under the WTO.

It talks about higher, uniform standards, talks about zero tariffs from day one for new products, and calls for an investment protection clause that can encourage investor-state litigations. As TPP members get involved in other regional trade agreements - India's fears lie here - there is a chance that other countries could also be pressurised to adopt trade rules that may not be feasible for them.

The talks on the Regional Comprehensive Economic Partnership (RCEP) - the proposed free trade agreement between the 10 member states of the Association of Southeast Asian Nations (ASEAN) (Brunei, Myanmar, Cambodia, Indonesia, Laos, Malaysia, the Philippines, Singapore, Thailand, Vietnam) and the six partner states of ASEAN (Australia, China, India, Japan, South Korea and New Zealand) is one such example where India will have to come face to face with TPP dictated rules.

One thing is certain. TPP could bring in disruptive changes in global trade. The results of the Commerce ministry commissioned study will trigger more discussions on the possible threats and solutions before India in the coming days.

I want the audience to enter into the world of Bahubali, says director Rajamouli