While the market regulator, Sebi is looking into the various aspects from pricing to deferment, Yes bank has to now strategise its next move. The capital has to be raised for meeting the bank's growth requirement. 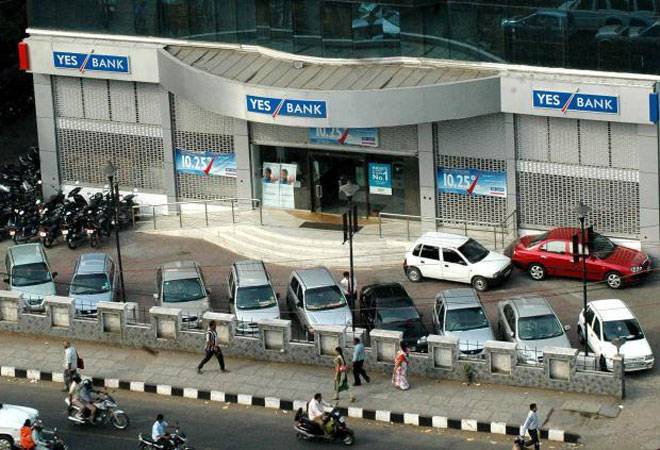 Anand Adhikari, Deputy Editor, Business Today
Last week, India's fifth-largest private sector bank, YES Bank, abruptly put on hold its ambitious plan to raise $1 billion, citing extreme volatility in the share price. The bank was targeting a higher price of Rs 1,410 per share. The day it took the decision to suspend the offering, the share price plunged to Rs 1,330 per share from its previous day closing of Rs 1,405. The stock was on the rise in the run-up to the issue, rising from Rs 1,221 per share in early August to Rs 1,440 per share on September 6, two days before the issue opening. While the market regulator, Securities and Exchange Board of India (Sebi) is looking into the various aspects from pricing to deferment, the bank has to now strategise its next move. The capital has to be raised for meeting the bank's growth requirement.

Take a look why the bank needs capital:

Banks are required to keep aside a portion of capital before lending to any corporate or retail customers. There is a constant infusion of capital needed for a growing bank like YES Bank. For example, the bank grew its advances by a whopping 30 per cent to Rs 98,209 crore in 2015/16. This robust growth continues in the first quarter of 2016/17 with 33 per cent growth in advances at Rs 1,05,942 crore. At a time when credit growth in the banking industry is at 10 per cent, YES Bank is growing almost three times the industry growth. The billion-dollar issue was expected to boost the tier-1 or core capital from 10 per cent-plus to 15 per cent. Similarly, the total capital adequacy ratio was supposed to move from 15.1 per cent to close to 20 per cent. Clearly, the bank was building a capital buffer to support its growth requirement for the nest 3-4 years.

YES Bank is in its third phase of growth, which it calls the large bank phase. In a little over a decade, the bank has amassed huge growth in its balance sheet. Today, at a balance sheet size of Rs 1,65,263 crore, this mid-sized bank is bigger than public sector banks like United Bank of India, State Bank of Patiala, Dena Bank, and State Bank of Bikaner and Jaipur.

YES Bank started as a corporate bank offering lending as well as advisory services to corporate clients. The bank also made a big foray into knowledge and renewable sectors. Currently, the bank has entered the retail banking journey to get into more diversified business segments. In fact, retail is the only segment that is growing today - corporates faced with higher debt and lower capacity utilisation are not borrowing from the bank. YES Bank's retail portfolio is just 10 per cent of its advances. There is huge scope for growth by expanding the branches as well as product mix. It has already increased its branch network from 631 to 900-plus in the past 18 months. This number will further move up in the next 3-4 years. Similarly, the bank has launched its credit card and also got an approval to start the mutual fund business.

The competition is all set to come from new models of banking - payments banks and small finance banks. Similarly, Kotak Mahindra Bank, which got the licence along with YES Bank in the mid 2000 period, has taken a big stride by acquiring ING Vysya Bank, which has a huge network in the South of India. This acquisition, apart from balance sheet size, gives a huge network of branches, products and clients to Kotak. While Yes Bank is not looking at inorganic growth, the bank has only organic route to expand.

The provisioning for stressed assets also takes away capital. In fact, after the asset quality review by RBI, there are many banks that are under pressure. While YES Bank's NPAs are very low, they are also on the rise, which require provisioning from capital.