While the company met the street's (low) expectation, the guidance of 0.5-2.5 per cent growth was disappointing. 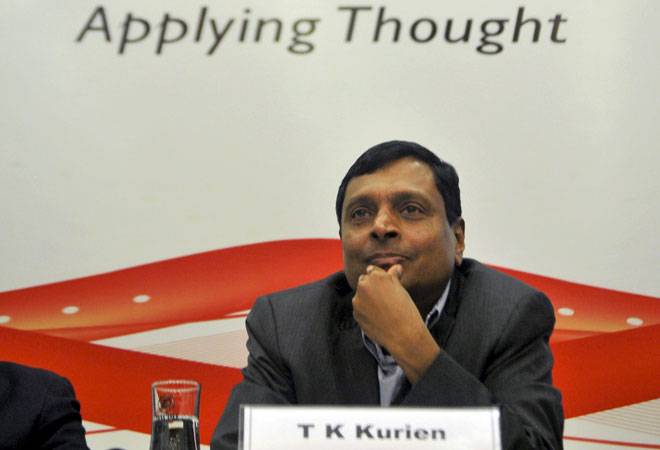 Venkatesha Babu, Deputy Editor, Business Today
Wipro, the Bengaluru-headquartered IT company, has declared its numbers. While the company met the street's (low) expectation, the guidance of 0.5-2.5 per cent growth was disappointing. More than a quarterly outlook, it is important to examine whether the long-in-execution 'significant growth' and turnaround story has panned out.

Wipro by all metrics continues to be a top-tier player. This year its revenues will cross a milestone of Rs 50,000 crore and it still enjoys 20 per cent plus margins. However, after years of single digit growth, the long promised turnaround was supposed to have delivered double-digit growth rates, if not industry leading ones. From the guidance, it looks increasingly difficult that the company will achieve that, in the current financial year.

Come this February, it would be five years since T.K. Kurien took over as the CEO of Wipro. Unlike some of his more charismatic predecessors, Kurien was known and has been a low key 'bolts and nuts - execution guy' as a former senior employee of the company described him to me, once. A stint of nearly five years at the helm is a fairly long period to judge somebody's record. TK, as he is called internally, inherited a fractious ship that was being pulled in different directions, by the now acknowledged failure, of a 'co-CEO' model the company experimented with. It took him nearly a year, to reestablish roles, responsibilities and a control structure required to keep smooth functioning of such a large organisation.

While this was being achieved, on the business side Wipro was a little unlucky. Historically Wipro had been strong in telecom and outsourced R&D. Both these were severely impacted post-2008 and thus affected Wipro's fortunes. Through a series of smart acquisitions, Wipro had built its Energy and Utility practice (probably the largest amongst its Indian peers) and the recent collapse of energy prices again impacted the company more than its competitors, as its exposure to this segment of the market was more. TK also had to deal with a huge number of seniors who had helped build the company but who did not fit into the new structure. It took time to edge them out voluntarily or otherwise.

It has not been all bad news, however. During this period, Wipro, which had a smaller BFSI practice than some of its peers, has came from behind and built a robust business in this segment of the market, where today it is globally competitive with the best. Healthcare and life sciences has been another success story for Wipro with revenues reaching about $1 billion. However given the shifts in the marketplace with the emergence of opportunities in digital, cloud, platforms and AI, Wipro has been a little slower than its peers to adapt and this is getting reflected in its growth numbers. The company seems to be middling along.

Kurien is still firmly at the helm of Wipro. However, the induction of TCS veteran Abid Ali Neemuchwala as the COO and Group President of the company, in March this year, may be an indication that the single largest shareholder of Wipro, its public face and often described as the 'permanent CEO' Azim Premji, may shift gears to move away from this middling moderate to accelerated growth. If and when that happens and whoever the new leader is, Kurien for sure would have a delivered a more robust company than he inherited. Till that time, Wipro will have to continuously reinvent itself as it seeks fresher avenues of growth.

HCL Tech: Infrastructure management services a drag for the company