GDP down to 6.1 per cent: Why everyone needs to worry about the economy 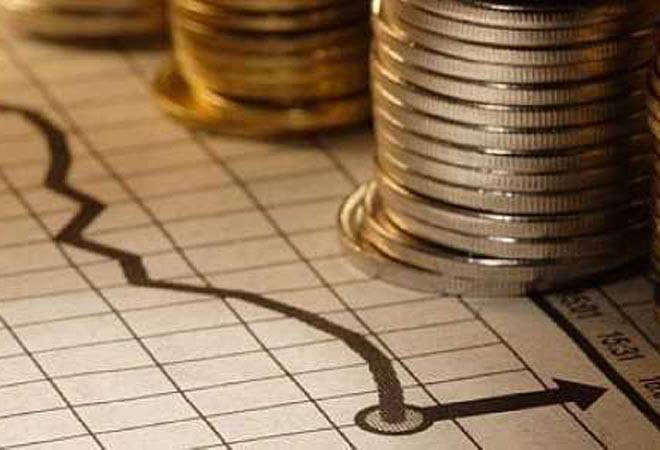 The latest GDP numbers have come out and the picture is not very pretty. The GDP growth slowed to 6.1 per cent for the fourth quarter of 2016-17, from the 7.0 per cent the previous quarter. And the previous quarter itself had seen a slowdown, coming much lower than the 7.9 per cent and the 7.5 per cent seen in the first two quarters. The slowdown in growth had started even before demonetisation was announced.

Look at the GVA figures, which is the measure of the goods and services produced by a country (GDP = GVA plus taxes, minus subsidies), and the picture gets worse. GVA growth has fallen quarter after quarter, two years in a row. Take away the effect of the increased government spending in the last quarter and also that of agricultural growth which rebounded because of good monsoons, and the picture gets even more ugly. You have the GVA for the latest quarter growing at a measly 3.8 per cent.

Some other economic measures are also worrying. Growth in gross fixed capital formation is at an all time low. The NPA problem just refuses to go away. There is little news of big, new, Greenfield projects that will create lots of jobs. Construction activity has hit a low. In general, even while the overall GDP figure paints a reasonably rosy picture, it hides a lot of bad news.

But what is often being overlooked is that the slowdown had started even before demonetisation. The fact that GVA figures has been falling quarter after quarter for two years straight is the first worrying factor. The GDP growth in the second quarter itself was lower than the GDP growth in the first quarter. More importantly, in the past three quarters, the GVA from agriculture and government spending has been higher than those for manufacturing and services.

Agriculture, unfortunately, depends too heavily on good monsoons in India. Last year, we had good rains after two consecutive years of drought. This year too, normal rains are expected but the government cannot just depend on the monsoon being normal to save its blushes.

And eventually, government spending to prop up the GDP cannot be the solution. Private investment needs to come back and for that two things are necessary. The first is healthy consumption demand going up steadily which reduces the overcapacity that has been built up in most sectors, and allows goods and services companies to spend in building new capacity for the future. The second is healthy balance sheets that allow companies to start borrowing afresh to set up new projects. By all indications, both will take some time.

Meanwhile, there is the worry about the short term disruptions and impact of GST. The concept of GST is very good, and in the long run it will have all sorts of benefits including reduced costs and inefficiencies and better tax compliance. In the short run though, it will possibly be a bigger disruptor for the Indian economy than demonetisation was.

Already, there are indications that most sectors will have to deal with a working capital disruption for a quarter or two before things settle down. There is also the cost of compliance which could increase expenses for smaller companies and eat into their margins. There are other worries as well - including the anti-profiteering clause which could lead to lots of litigations.

Before things settle down, GST will create some uncertainty. It will also cause companies to postpone some decisions, including new project decisions, until the effects of GST is clear and the new tax system reaches some sort of stability.

Beyond that, Indian policy makers need to worry about long term trends like the rapid march of technology and its effect on jobs. As our recent cover story shows, the rapid increases in automation and robotics - and also artificial intelligence - will initially try reduce the number of people required for future factories and service companies.

They may or may not actually result in layoffs, but they will certainly put pressure on new job creation. For example, a car company will create far fewer jobs to produce the same number of cars in a new factory compared to an older one. An IT services firm will need far fewer people to do tasks that created thousands of jobs in the old days.

Eventually, things will settle, and new jobs will also be created. But till then, there will be enough uncertainties. And that is why the government needs to worry about.