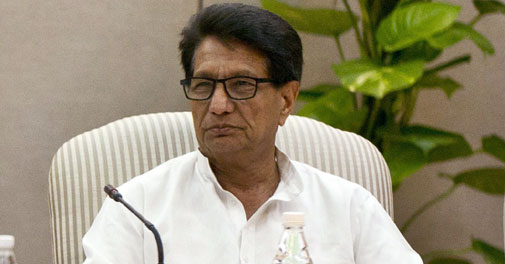 The letter to PM comes in the backdrop of sugar mills, particularly from Uttar Pradesh, facing financial problems because of lower sugar rates. UP mills have not been able pay cane arrears to the tune of Rs 2,400 crore. They have also incurred cash loss of Rs 3,000 crore last year.

Singh, the chief of Rashtriya Lok Dal, also warned that mills may delay crushing operation of sugarcane and compel farmers to burn cane this year.

"30-40 lakh tonnes of sugar needs to be exported in the next 8-10 months. I understand that the global sugar prices are depressed and sugar exports from India is unviable. Therfore, similar to 2006-07 and 2007-08 season, the government should announce incentives to target for 30 lakh tonnes of exports," said Singh, whose party has strong presence in the sugarcane belt of western UP, in the letter.

The country's sugar output stood at over 25 million tonnes in the 2012-13 season (October-September) against the demand of 22 million tonnes. India started the new sugar marketing year on October 1 with record carry-forward stocks of 8 million tonnes.

With so much surplus sugar in the country, Singh said: "There is obsolutely no reason to import any sugar into India. We need to export sugar and not import cheap sugar from Brazil and Pakistan. Hence, the improt duty on sugar should be increased from 15 per cent to 40-60 per cent immediately."

Stating that banks are not showing interest to extend working capital loans to mills, Singh said, "Unless efforts are made to reduce the surplus to the manageable levels and mills are financially assisted, the sugar industry will struggle for liquidity."

The ex-factory sugar price in UP have falled to Rs 29 per kg now, as against Rs 36 per kg in the year-ago period.

"May I therefore request for your personal intervention in the matter and get the above request examined in the next meeting of the Cabinet," he wrote in the letter to the PM. "Any delay may cause many sugar mills do no operate and may lead farmers to burn their cane, which will create a difficult situation to control," he said.

Onion prices to come down in next 10 days: Thomas

Would be happy if Air India is privatised: Ratan Tata