Minimum support price (MSP) is the rate at which government buys the grain from farmers. The government has raised the price to Rs 1,400 per quintal to encourage farmers to cover more area under the crop. 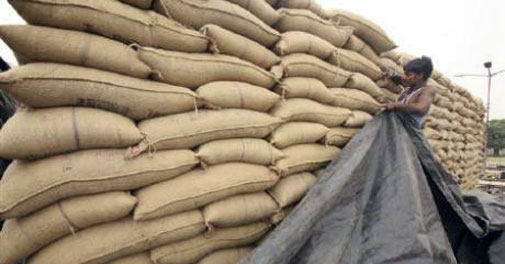 The government has raised the minimum support price (MSP) for wheat by Rs 50 to Rs 1,400 per quintal to encourage farmers to cover more area under the crop in the ongoing rabi season.

MSP is the rate at which government buys the grain from farmers.

The crop's sowing begins in October and harvesting starts from April onwards. The government procures wheat from farmers during April-June.

The increase is the same as recommended by the government advisory body Commission for Agriculture Costs and Prices (CACP), but lower than what was proposed by the Agriculture Ministry due to concern over inflation.

When asked for the reasons for rejecting the Agriculture Ministry's proposal, Thomas said: "We are concerned about inflation and we can control prices of foodgrains which we procure."

The increase in wheat MSP is likely to lead to a rise in the government food subsidy bill in the next financial year and may also put pressure on inflation.

Wheat is the main crop grown in the rabi (winter) season.

The Cabinet Committee on Economic Affairs (CCEA) has also approved the MSP of other rabi crops for 2013-14 crop year (Jule-June) to be marketed in the 2014-15.