The scheme's beneficiaries will reportedly number around 8 crore for the April to July period, leaving around 5.8 crore potentially eligible farmers out of the net. This means a saving of over Rs 11,500 crore for the government since the beginning of this fiscal, and another Rs 15,000 crore is expected to be saved over the remainder of the year unless states speed up on uploading data. 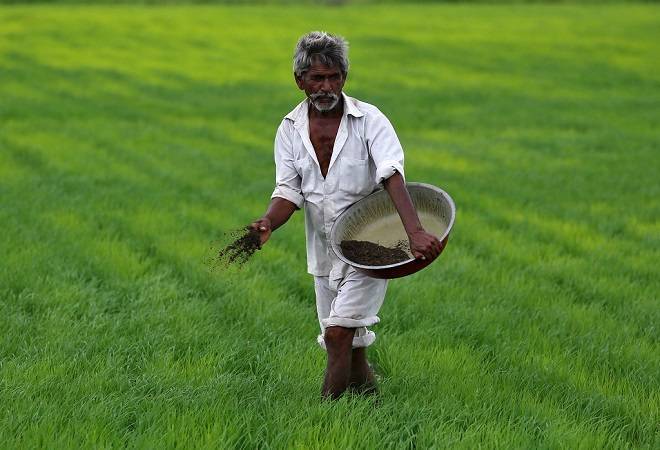 The expanded PM Kisan scheme is expected to cost the exchequer over Rs 87,200 crore a year

Although Finance Minister Nirmala Sitharaman made it clear that "gaon, garib aur kisan" are at the centre of everything that the Modi government does, the fact that she did not increase the allocation for the Pradhan Mantri Kisan Samman Nidhi (PM Kisan) scheme had raised eyebrows. This despite the fact that the Modi 2.0 government had extended the scheme to all 15.11 crore farmers in the country, irrespective of the size of their landholding, a day after taking the oath of office. Moreover, in the first Cabinet meeting, it had approved an extra outgo of Rs 12,000 crore in addition to the Rs 75,000 crore allocated for the purpose.

However, it's not going to be a case of under-funding due to the slow farmer data validation process - on the contrary, the government is looking at massive savings. Sources in the know told The Financial Express that among the major states, Bihar has uploaded only 11 per cent of the relevant farmer data on the official portal so far, out of an estimated 1.64 crore farmers. In Madhya Pradesh, boasting an estimated 1.45 crore farmers, the validation process has been completed for a mere 13 lakh farmers, or around 9 per cent of the beneficiaries. Meanwhile, West Bengal under the Trinamool Congress continues to shun PM-Kisan.

In the bargain, the scheme's beneficiaries will only number around 8 crore for the four-month period from April to July. That reportedly leaves around Rs 5.8 crore potentially eligible farmers out of the net, which translates into a saving of over Rs 11,500 crore for the government since the beginning of this fiscal. The buzz is that the government could end up saving at least Rs 15,000 crore from the estimated allocation over the remainder of FY20, unless the list of beneficiaries uploaded by the states expands faster.

The PM Kisan Yojna - under which a direct payment of Rs 6,000 per year will be transferred in three equal installments every four months into the bank accounts of all landholding families - is expected to cost Rs 87,217.50 crore a year to the exchequer. "We have made it clear to states that the instalment of Rs 2,000 each for the April-July period will be paid only on the basis of data available on the portal as on July 31," an agriculture ministry official told the daily. Those who make it to the beneficiary list after July will only be paid for the August-November period, he explained, adding that the benefits won't be distributed with retrospective effect.

To date, the states have reportedly submitted data of 7.4 crore farmers, of which 5.5 crore have been validated by the Centre while the rest are under different stages of the verification process. According to government data, Uttar Pradesh is the biggest beneficiaries of PM Kisan Yojna but only half of its 2.33 crore farmers have benefited so far. Even Maharashtra, the third biggest beneficiary of the scheme, had uploaded data of only 23 per cent of its 1.44 crore farmers until July 18. In contrast, Gujarat has posted a far more impressive track record - nearly 60 per cent of the state's estimated 53.4 lakh farmers have reportedly received the benefit so far.

Ironically, the beneficiary data submitted by Punjab and validated by the Centre is actually higher than the number of estimated beneficiaries. According to former Union Agriculture Secretary Siraj Hussain, this is because Punjab's land holding pattern differs from the other states. The large scale leasing out of land has resulted in a lower number of operational holdings than the actual number of farmers in the state.

According to a June 25 statement by the Ministry of Agriculture & Farmers Welfare, the government shelled out close to Rs 6,663 crore in the first installment and over Rs 5,791 crore in the second tranche. Not surprisingly, Uttar Pradesh cornered over 35 per cent of the total pie. The second biggest beneficiary, Andhra Pradesh, was far behind with just 10 per cent of the total allocation so far.