The agency has also downplayed the El-Nino factor, saying the chances of the phenomenon affecting rainfall were remote. 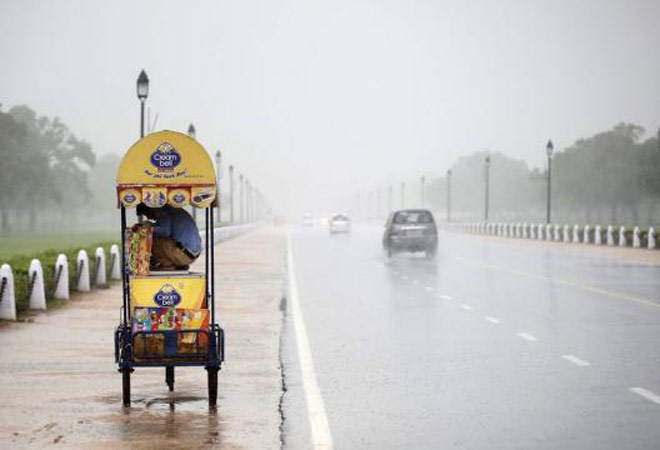 In its February forecast, the Skymet had said India would have a normal monsoon with rainfall of 104 to 100 per cent of the Long Period Average (LPA). Photo: Reuters

The agency has also downplayed the El-Nino factor, saying the chances of the phenomenon affecting rainfall were remote.

El-Nino leads to abnormal warming of the equatorial Pacific Ocean which triggers both floods and drought in different parts of the world. Yes, it is true that El Nino is linked to poor Monsoon rains in the Indian sub-continent and 60 per cent of all evolving El Nino years are droughts.

"We have had four El Nino years from 1953 to 1963 and all the four years witnessed normal or above normal rainfall. Second, if the El Nino episode is a continuing El Nino from last year, the monsoon in the second year does not fail as often as it fails in the first year of evolution. 2014 was a year that had an evolving El Nino and had a drought (88 per cent of the LPA). The El Nino of 2015 is continuing from last year. It is less likely to fail", Jatin Singh, Skymet CEO, said in a blog on its website.

In its February forecast, the Skymet had said India would have a normal monsoon with rainfall of 104 to 100 per cent of the Long Period Average (LPA).

"The previous year experienced drought due to an evolving El Nino and this year is most likely to receive normal Monsoon rains", Singh said.

Another important factor, which Skymet pointed to for having a normal monsoon, was the Indian Ocean Dipole (IOD), which is positive this year, and this can help counter the El-Nino phenomena.

The IOD refers to a phenomenon in the equatorial waters of the Indian Ocean. It is defined by the difference in the sea surface temperature between the two areas a western pole near the Arabian Sea and an eastern pole closer to the Bay of Bengal.

If the sea surface temperature of the western end rises above normal and becomes warmer than the eastern end, it leads to a positive IOD.

This condition is favourable for the Indian Monsoon and carries the potential to somewhat neutralize the adverse effect of El Nino. I believe in looking closer home and would like to give more weightage to the systems in the Indian Ocean.

There are indications that the Arabian Sea will be warm throughout the monsoon months, leading to sufficient convection and thereby, enhancing the Monsoon rains.

The year 1997 was a strong El Nino year but due to a positive IOD we received normal rains to the tune of 102 per cent of the LPA.

In other words a positive IOD might insulate us from the El Nino.

"I think that is what is happening here. The year 1987 was also a strong El Nino year, which brought drought in India. Most of the weather agencies across the world are possibly relating this year to 1987 but, I think 2015 is more like 1997", he added.

Lighting up their lives