Onion exports fell 81 per cent in August on government curbs

According to the data maintained by the cooperative Nafed, onion exports declined to 29,247 tonnes in August this year from 1,56,283 tonnes in the same month last year. 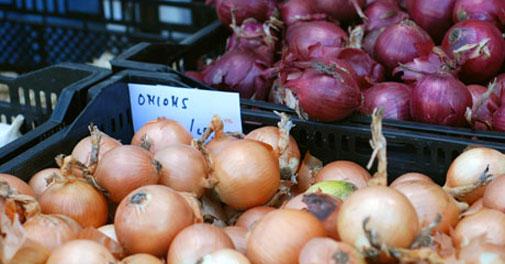 India's onion exports fell sharply by 81 per cent to 29,247 tonnes in August compared to the same period a year ago, after the government imposed curbs on the overseas sale to improve domestic supply and check prices.

According to the data maintained by the cooperative Nafed, onion exports declined to 29,247 tonnes in August this year from 1,56,283 tonnes in the same month last year.

During the April-August period of this financial year, onion exports fell to 6,97,028 tonnes against 8,50,634 tonnes in the year-ago period. However, in value terms, the outbound shipments rose sharply to Rs 1,341 crore from Rs 844 crore in the said period.

According to traders, exports in the coming weeks would depend on the supply situation.

The retail price of onion continues to rule at Rs 50-60 per kg in most parts of the country.

India, the second largest producer of onion in the world after China, is estimated to have harvested 166 lakh tonnes of the staple vegetable last year. The country had earned Rs 2,294 crore from the export of 18.22 lakh tonnes of onion in 2012-13.

The government had, on August 14, imposed a minimum onion export price of $650 per tonne to restrict shipments and control prices after it touched Rs 80 per kg in retail markets on supply crunch.

Groupon 'spreads joy' with 85 per cent discount on onions