Prime Minister Narendra Modi is going to need a big rise in economic growth and a run of good weather to have a chance of fulfilling his promise to double farmers' incomes by 2022. 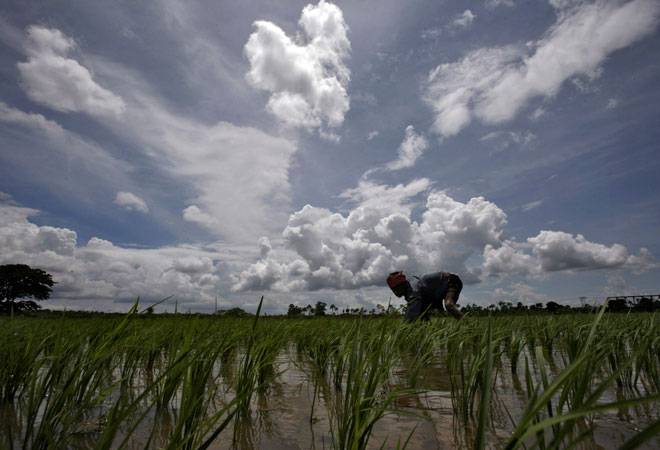 Prime Minister Narendra Modi is going to need a big rise in economic growth and a run of good weather to have a chance of fulfilling his promise to double farmers' incomes by 2022.

He may also have to allow farm gate prices to rise fast, agricultural and economic experts said, jeopardizing a key policy of his first two years in office: keeping inflation in check to appeal to India's swelling middle class.

The 65-year-old made his bold commitment at a February rally in the eastern state of Odisha, hoping to shore up support among 263 million farmers who will have a major say in his party's fate in upcoming state elections and a national vote in 2019.

"This is a government that thinks about farmers," Modi told the rally.

To achieve this, the premier has launched a seven-pronged strategy including expanding irrigation, crop insurance, smarter marketing and incentives for farmers to grow new crops.

Some in the crowd that day were less than impressed.

"It's a political gimmick," said smallholder Durbadala Pradhan, 54, who grows 6-1/2 acres of paddy in a rain fed area of Bargarh district. "All governments give such alluring assurances, but have they made any difference?

"If you want to survive, you have to find your own ways," he said, as he ploughed a plot in front of his mud-brick home.

Pradhan's last rice crop was rejected for sale because it was of poor quality. To get by, he keeps three oxen and two milch cows, and sells hand-rolled cigarettes and snacks from his small shop.

To come true, output would, other things being equal, have to grow at an annual 15 percent. That compares with an average of below 2 percent over the past four years.

Under Modi, the guaranteed price the government pays for common grades of rice has risen at an annual rate of 3.7 percent. That's less than inflation and below half the 9 percent rate under the Congress government that preceded him.

"The tools available to the government to ensure that the promise doesn't descend into a pipe dream are limited," said Ashok Gulati, a leading farm economist, who said most of Modi's farm initiatives had been tried before with little success.

Officials at the farm and finance ministries and the prime minister's office, when asked whether the promise to double farm incomes was backed by solid assumptions and costing, declined to comment on the record.

Success, one senior government official said on condition of anonymity, would depend on faster economic growth generating "trickle-down" benefits for farmers.

"I don't think it will be possible with 7 percent economic growth - it must touch around 10 percent," the official said.

India's economy is growing at a rate of 7.6 percent.

Farm incomes have increased threefold over the past 30 years, thanks to double-digit rises in wages and hikes in state procurement prices during the Congress party's decade-long rule.

While weak growth in farm wages and procurement prices have cooled food inflation, they have hurt farmers already reeling from prolonged drought.

Once seen as the rice bowl of Odisha, Bargarh district reported the most farmer suicides in the state last year. Although officials do not link the deaths to farm distress, villagers blame them on mounting debt and crop failures.

The cost of cultivation of paddy, or unmilled rice, in Odisha rose nearly two-and-a-half times between 2004/05 and 2012/13, government data show. Farmers' incomes have failed to keep pace.

"The situation is deteriorating day by day," said farmer Ishwar Kathar, whose brother committed suicide last year after failing to repay a $750 crop loan. "Farming has become expensive, but the government is not extending any help."

Similar misery could mar the BJP's prospects in several state elections this spring and when India's most populous state, Uttar Pradesh, votes in 2017.

The BJP swept Uttar Pradesh in the general election, but faces a challenge next year from regional parties. Congress is, meanwhile, staging a modest comeback.

Last year, agrarian distress contributed to the ruling party's rout in Bihar state at the hands of a regional alliance. If a similar anti-BJP coalition forms, Modi's authority could face a challenge.

Achieving Modi's goal is not impossible. Land reforms and freeing up food prices triggered rapid gains in farm incomes in China in the 1970s and 1980s. Yet he does not plan such steps.

That leaves the option of ramping up support prices for rice and wheat. That would require a policy U-turn and invite criticism that Modi was offering the same policy answers as his opponents.

"The economics of farming are determined by public policy, not by technology alone," said veteran expert M.S. Swaminathan, known as the father of India's 'green' revolution. "You have to have a pricing policy that stimulates production."