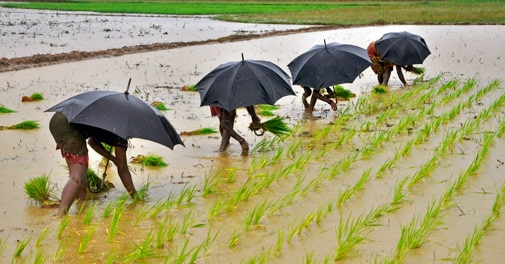 With the rainfall deficit coming down , the gap in kharif crop sowing has narrowed to 29 per cent as of July 25 compared with a year earlier. The gap was 44 per cent a week ago on July 18.

According to agriculture ministry data released on Friday, sowing has been completed on 53.31 million hectares as of July 25, compared with 74.77 million hectares a year ago. The data is updated on a weekly basis.

Indian Meteorological Department data shows that the rainfall deficit (from the normal level) on a national level has come down to 24 per cent from 43 per cent two weeks ago with a revival in rains. Madan Sabnavis, Chief Economist at CARE Ratings, said in a July 21 report that the deficit is a cause for concern because late arrival affects the sowing pattern as farmers tend to switch crops, thus distorting the equilibrium.

UP govt issues notices to 52 sugar mills over arrears