That would mark the first time the nation has been a net importer of the sweetener in four years, with the switch likely to support global prices that have already been rising this year. 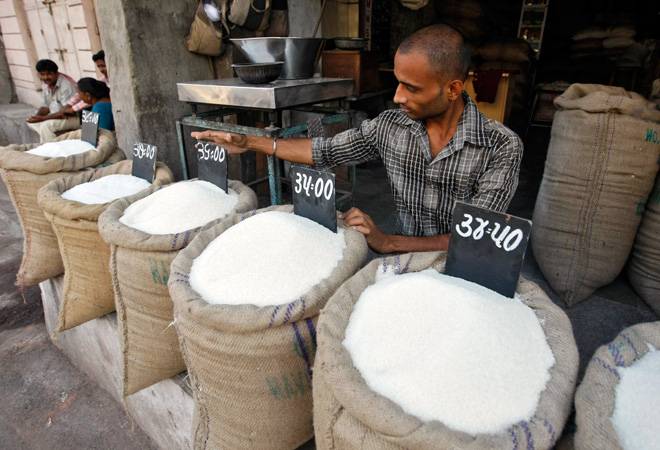 India is likely to become a net importer of sugar in 2016/17 as back-to-back drought years dry irrigation channels and ravage cane fields, with output in the country's biggest producing state seen dropping over 40 per cent.

That would mark the first time the nation has been a net importer of the sweetener in four years, with the switch likely to support global prices that have already been rising this year.

It would also give rival producers such as Pakistan, Thailand and Brazil the chance to boost shipments from their ports.

"India will need to import next year due to a production shortfall," Ashok Jain, president of the Bombay Sugar Merchants Association (BSMA), said.

"Drought has severely affected cane plantations in Maharashtra. The government should stop exports now to reduce import requirements in the next season."

The El Nino weather phenomenon, which brings dry conditions to many regions, has stoked the worst drought in decades in some parts of India, with thousands of small-scale sugar cane growers in Maharashtra state failing to cultivate crops for the next marketing year, starting October.

"Even for drinking water we are relying on water tankers. It wasn't possible for anyone from our village to cultivate cane," said Baban Swami, a farmer standing in a parched field in the Latur district of Maharashtra, around 500 km southeast of Mumbai.

That could help push overall output below consumption for the first time in seven years.

"Next year, Maharashtra's production could drop below 5 million tonnes. This may pull down the total output to 22.5 million tonnes," said BB Thombre, president of the Western India Sugar Mills Association. Next season's local consumption is pegged at around 26 million tonnes.

"I think there is a possibility we could see imports to India next year," said Tracey Allen, a commodity analyst at Rabobank in London.

Indian imports have in the past boosted global sugar prices, traders said.

"The global supply deficit is going to rise with the Indian shortfall. This could trigger a rally, although a lot depends on how much sugar India needs to import," said a Singapore-based dealer with a global trading firm. He declined to be identified as he was not authorised to speak with media.

Meanwhile, analysts were divided over whether India would cut its 40-percent import duty on raw sugar.

Some said mills would ask for the tax to remain unchanged so domestic prices would rise further, while others said the food ministry could push for a duty-cut to relieve inflationary pressures.