Activa pips Splendor again, strengthens its hold at the top

Activa, which has been the largest selling scooter in India for over a decade now, had ended Splendor's long stay at the top in 2016/17 and has extended its lead in fiscal 2018. 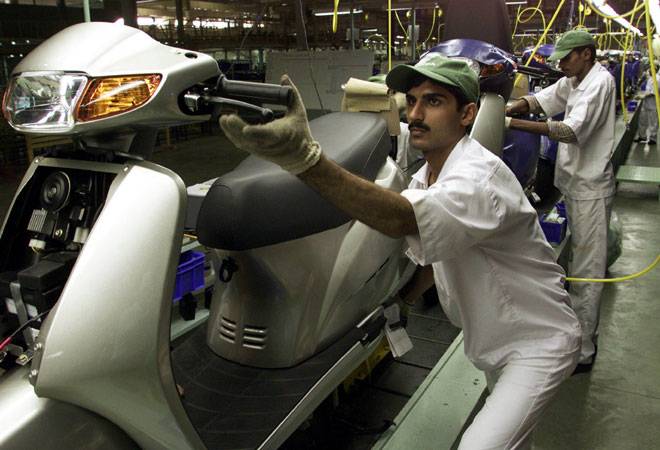 Activa, which has been the largest selling scooter in India for over a decade now, had ended Splendor's long stay at the top in 2016/17 and has extended its lead in fiscal 2018. During the year, it registered a growth of 14.3 percent becoming the first nameplate ever to cross 3 million unit sales in a single fiscal year. Splendor also saw its sales grow by 7.6 percent but Activa's blistering sales growth means it has now doubled its lead at the top at over 400,000 units.

Activa has spearheaded the growth of the automatic scooter in India that has grown at a scorching 20 percent over the last decade, more than double than the sub 8 per cent rate of motorcycles. In the process, their share has grown from a low of 11.95 percent in 2006/07 to almost 34 percent today while mobikes have seen a decline from 83 percent to 62 percent in the same period.

The growth of scooters in general and Activa, in particular, has been propped by favourable demography and improving per capita income in the country. Initially, scooters were the preferred mode of transport for urban women and students in big metros and cities. In 2008, women constituted 40 per cent of scooter consumers in the country. Today, scooters have successfully shed that image and women account for only 20 percent of the sales. While Activa rules the charts, motorcycles continue to dominate the bestseller's list by far. The highest growth was logged by Hero MotoCorp's entry-level motorcycle 'HF Deluxe' that grew by nearly 34 percent growth at 1.89 million units and was the third largest selling two-wheeler in the country.
Hero's bread and butter Passion and Glamour motorcycles were its other contenders in the top 10, both growing by 7 and 18 percent respectively giving the market leader four of the top ten slots.

Also among the fast movers was Honda's 'CB Shine' that grew 32 percent at just under a million units, jumping two spots to the number four position in the process. The success of Shine shows Honda's growing prowess in the motorcycle segment, an area considered to be a weak point for the Japanese major. TVS' moped 'XL Super' was the only model to register a decline in sales by 3.46 percent at 859,520 units. The Chennai based automaker's 'Jupiter' more than compensated for it growing by an impressive 32 percent. Jupiter was the only other scooter besides the Activa, in the top 10.

The only new entrant in the list was the 'Royal Enfield Classic 350' that saw its sales grow 33.3 percent during the year at 555,513 units. Despite being expensive than commuter segment products and catering to a relatively niche segment, Classic 350's continuous rise shows the growing aspirations and premiumisation in the Indian market.