Following the controversy in the US and Europe over emission regulations, ministry has asked the Automotive Research Authority of India (ARAI) to conduct tests as 3.24 lakh VW cars have been sold in India. 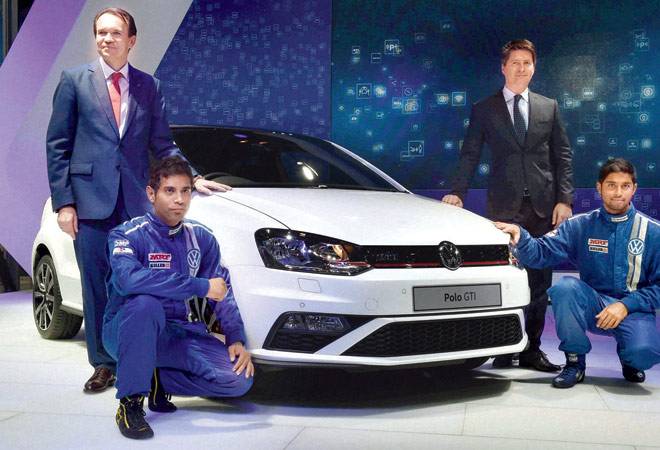 Union heavy industries minister Anant Geete on Wednesday said that Volkswagen (VW) cars in India exceed permissible emission limits by nine times. "We've informed the transport ministry about the factual position and have referred the matter to it saying they (VW) have violated the norms, and it should take action as per law," Geete told journalists on the sidelines of the 'Make in India Week' here.

Following the controversy in the US and Europe over emission regulations, ministry has asked the Automotive Research Authority of India (ARAI) to conduct tests as 3.24 lakh VW cars have been sold in India. "In the ARAI tests at factories, the Volkswagen cars meet the requirements as per the norms. However, on-road tests have revealed emission in excess of nine times.

We've informed the company about it," Geete said. The minister said that the auto major plans to recall all the 3.24 lakh cars in the country.

"Emission violation is happening on the road and not in the lab. They've accepted that they've put such a device on the car. They have said they want to call back all the cars," he added. Just like in the US, the company was found to have been using diesel engines equipped with a defeat device which ensures lower emission levels during test conditions to comply with the law. VW has already admitted that 11 million diesel cars worldwide were fitted with the software that helped in manipulating emission tests. It faces an immediate fine of up to $18 billion in the US, wh ich could go up further if class action suits are initiated.

The minister clarified, "However, any further action in this matter is not my department's responsibility" adding that the transport ministry has to decide on the penalty.

Digital agri mkt platform to be launched on Apr 14