Ashok Leyland in process to sell stakes in overseas ops

The company, earlier in its annual report had indicated that it has planned to sell it assets including the stakes in three companies-Albonair GmbH, Albonair India Pvt Ltd and Avia Ashok Leyland Motors Ltd. 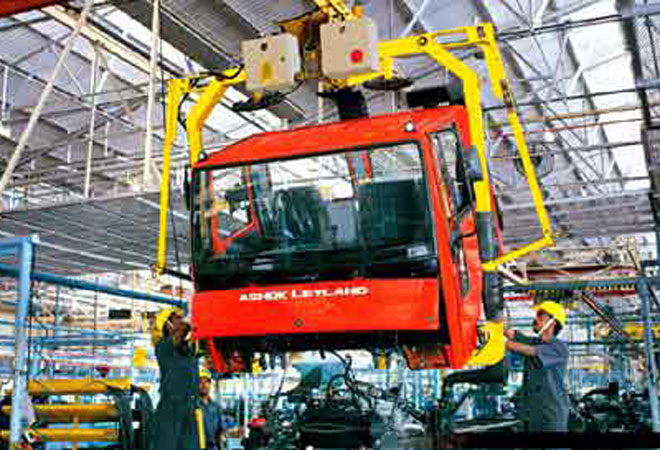 Hinduja Group flagship company Ashok Leyland is in the process of selling its stakes in some of the overseas joint ventures and associate companies, and is looking for suitable buyer in this regard.

The company, earlier in its annual report had indicated that it has planned to sell it assets including the stakes in three companies-Albonair GmbH, Albonair India Pvt Ltd and Avia Ashok Leyland Motors Ltd.

"... the company was in the process of identifying an investor and it was currently on," Ashok Leyland said in a filing to the BSE.

"The process is currently underway and the final suitor is yet to be identified..", it said while replying to an exchange's query over media reports.

The exchange had sought clarification from Ashok Leyland with respect to media reports that suggested that the company had put its German arm Albonair for sale to cut debt.

"We would like to invite your kind attention to the fact that in the Annual Report 2013-14, a clear mention about 'Assets held for sale' have been indicated at appropriate places where in the Company has mentioned about its intention to sell the stakes in three companies viz., Albonair GmbH, Albonair India Pvt Ltd and Avia Ashok Leyland Motors Limited," the company said in its reply to the exchange.

Albonair GmbH, a subsidiary of Ashok Leyland, is a complete solution provider for reducing automotive emissions for commercial and passenger vehicles confirming to Euro four, five and six emission standrads.

According to company website, Albonair India is engaged in automotive industry, energy and chemicals. It has presence in 30 countries and has more than 45,000 employees worldwide.

Czech Republic based Avia established in 1919 as aircraft manufacturer orayed into truck business in 1946. In 2006, the company became a part of Ashok Leyland.