Ashok Leyland, a flagship of the Hinduja Group, recently did the ceremonial ground breaking of its third bus assembling plant in the country, at Vijayawada in Andhra Pradesh. 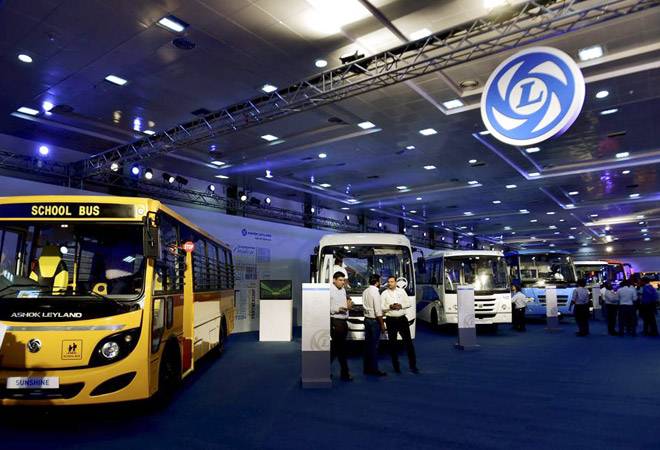 Ashok Leyland, a flagship of the Hinduja Group, recently did the ceremonial ground breaking of its third bus assembling plant in the country, at Vijayawada in Andhra Pradesh. Speaking to journalists at the site, 40 kms from Vijayawada city, Vinod K Dasari, CEO and Managing Director of Ashok Leyland, who also hails from the region, said that a unit in the region was best placed to meet the growing market in South.

The company, which claims to be the fourth largest bus manufacturer in the world, has two other plants in India at Trichy in Tamil Nadu and Alwar in Rajasthan. Dasari said a key trigger for the plant location was the support and rapid pace at which it got the approvals in Andhra Pradesh. Ashok Leyland plans to invest Rs 1700 crore in the plant, which would have a capacity to assemble 4,800 buses in a year or 16 a day (300 days in a year).

"This facility will help us be ahead of the curve by ensuring our readiness towards implementation of the bus body code and to meet the rising demand for ready-to-use, fully-built trucks as well. We will also produce electric vehicles at this plant. The new plant is also strategically located to meet the demands of Centre, East and Southern India markets." Currently, it has bagged the order to supply 40 electric buses to Ahmedabad Bus Rapid Transit System," Dasari said.

The groundbreaking ceremony also saw attendance of Andhra Pradesh Chief Minister Nara Chandrababu Naidu, who laid the foundation stone of the plant, which will be the first Ashok Leyland plant in Andhra Pradesh. Spread across 75 acres, with a scope to add another 75 acres and double capacity at a later date, depending on the demand, it is situated in Model Industrial Park, Mallavalli village in Krishna district.

The plant will include latest technologies and also have a state-of-the-art learning centre and an advanced service training centre. It would employ over 5000 employees. While it will have the capability to make the entire range of buses of Ashok Leyland brand, the facility will also include an electric vehicle development centre comprising of a futuristic conveyor line, pilot assembly line and prototype development. It will be a completely green facility, with rooftop solar panels, LED lighting, battery operated vehicles for in-plant movement, positive water balance and zero discharge.