Consumer sentiment is expected to hit the roof with two wheelers - the other key segment in the domestic automobile industry - also posting strong double-digit growth in August. 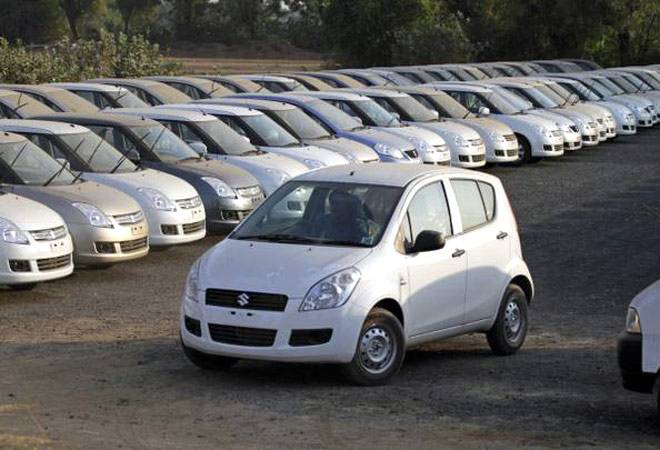 Indicating strong sales ahead after hitting a straight 14th month growth streak in August, passenger vehicle sales firmed up to a 16.68 per cent gain over last year.

Consumer sentiment is expected to hit the roof with two wheelers - the other key segment in the domestic automobile industry - also posting strong double-digit growth in August.

According to data released by the Society of Indian Automobile Manufacturers (Siam), passenger vehicle sales in August stood at 258,722 units against 221,743 units sold in the same month last year.

The sales trend indicated a strong revival in demand backed by improved rural sentiments and charged urban market on higher payout  due to new pay commission to the government employees.

SIAM Director General Vishnu Mathur told reporters in New Delhi that the coming months are expected to be the best ever on extremely euphoric consumer sentiments.

"We had anticipated this and auto sector is witnessing a stronger revival across all vehicle segments. Besides the buoyant rural market on the back of good monsoon and the high payouts from the pay commission have contributed in better sales."

Higher sales helped by strong performance by Maruti Suzuki, Hyundai, M&M, Toyota and Renault is likely to improve further as companies have already stepped up wholesale dispatches to stock dealerships to meet increased festive demand. Sales in the fiscal year for the April-August period improved by 11 per cent, SIAM said.

Sales of two wheelers rose over 26 per cent as motorcycles volume grew 22 per cent, while scooters surged 34 per cent last month. A normal rainfall is helping the volumes, especially in motorcycles which had declined for last two fiscals.

Industry sales to dealers have increased significantly to cater to increased consumer demand for passenger vehicles and two wheelers in the upcoming festival seasons over the next three months.

"The growth in segments like cars and two wheelers is backed by many positive factors such as good monsoon which will result in increased rural demand, overall positive customer sentiment, better cash flows in the hand of the consumers such as government employees due to pay commission hike and  some new launches," said Abdul Majeed, partner at Price Waterhouse.

On buoyant demand Siam will revise upward its growth estimate for passenger vehicles during the ongoing fiscal to 10-12 per cent from the earlier forecast of 6-8 per cent.

"Originally we have estimated the growth of the PVs to be 11-13 per cent which was later revised downward to 6-8 per cent. Looking at what is happening and after speaking to our members, it is now felt that the growth should be hitting 10-12 per cent mark," Siam's deputy director general Sugato Sen said.

Despite the gains, there were some cautious signs. The decline in sales of medium and commercial vehicles continued.