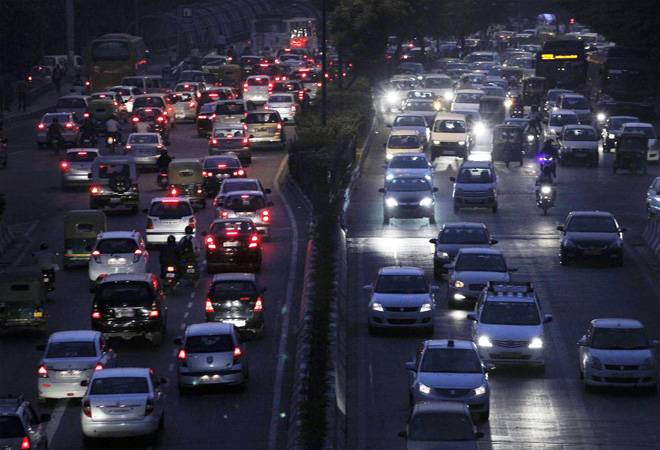 Sale of automobiles in India crashed by 23.5 per cent in August, the worst ever decline in a month on a year-on-year basis since the time industry body Society of Indian Automobile Manufacturers (SIAM) has been collating data from 1997-98. The worst hit has been passenger vehicle segment that saw its 10th straight monthly decline and in 13 of the last 14 months. In August sales declined by 31.57 per cent at just 196,524 units, the  steepest since December 2000 when it had declined by 35.22 per cent. Sales that month, however, were artifically low as Maruti Suzuki, country's largest carmaker, was crippled by labour unrest at its Gurgaon factory.

Other segments fared no better. Commercial vehicle segment that is considered a true barometer of the overall economy saw its sales decline by 38.71 per cent while the distress in the rural economy was highlighted by the 22.24 per cent slide in sale of two wheelers. Motorcycle and scooter sales both declined at an even clip of over 22 per cent during the month.

The last time commercial vehicle sales have declined by a faster clip in a month was more than a decade ago in January 2009 when sales declined by 58.34 per cent. For two wheelers, this was the worst decline ever in a month. The previous worst was in the aftermath of demonetisation in December 2016, when the dip was 22.04 per cent. In volume terms as well, sales have slid back to levels seen 2-5 years ago. In passenger vehicles, the last time the tally was lower was in April 2014 when 188,541 units were dispatched by companies to the dealerships. In commercial vehicles, sales were lower in April 2017 at 41,517 units while for two wheelers the previous low was in December 2018 when only 12,59,026 units were sold.

To tide over the protracted slowdown, the industry has been asking for a blanket reduction of GST on all category of vehicles. Currently, automobiles are bracketed under the highest slab of 28 per cent. Further an additional cess ranging between 1 and 22 per cent is also imposed on cars. Industry wants a standard rate of 18 per cent. In recent times, the government has agreed to look into it but the uncertainty over whether taxes would be cut in the next GST council meeting on September 20, has led to consumers postponing their purchases this month.

"If you think August is bad, wait till the numbers for September are out," said a Delhi based car dealer. "There is some growth in enquiries and footfalls in the showroom but absolutely no conversion. Customers know a rate cut maybe in the offing on September 20 so only a fool will buy a car today. This uncertainty is absolutely not what we wanted at this point of time."

"We have never seen every segment of the industry decline at the same time, for this long and at this quantum ever before. We always have light at the end of the tunnel, but everything depends on how long is the tunnel," he said. "The festive season is make or break for us. We will do our bit. Discounts are already high and we tend to offer some more during these months. I think the same thing will happen this time. The real situation will emerge only after the festive season."

Cumulatively, the $119 billion automobile industry in India supports 37 million people directly or indirectly and accounts for 7.1 per cent of the country's GDP and 49 per cent of its manufacturing GDP.