Carmakers such as Renault, Nissan Motor Hyundai Motor and component maker Apollo Tyres will decide on Saturday whether to resume production as heavy rains inundate the city's streets. 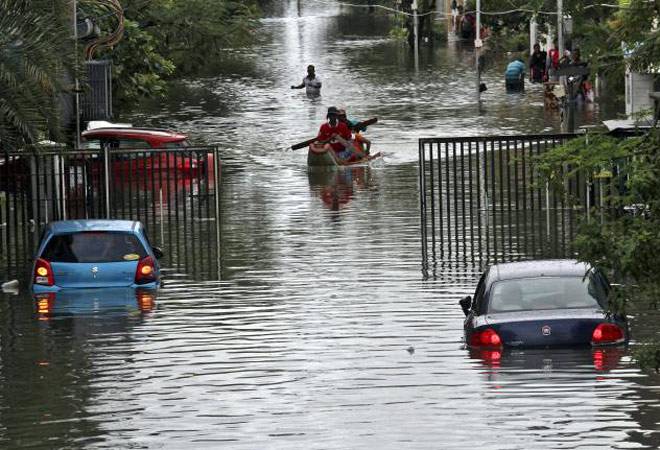 Global carmakers and auto part manufacturers in flood-hit city of Chennai are being forced to keep factory gates closed till December 5 at least, which is likely to hit local sales and exports in coming months.

Carmakers such as Renault, Nissan Motor, Hyundai Motor and component maker Apollo Tyres will decide on Saturday whether to resume production, whereas BMW will keep a plant closed until December 7, as heavy rains inundate the city's streets limiting movement.

"The impact on the whole ecosystem - car manufacturers and component makers - will be really significant," said Abdul Majeed, automotive head at consultant PwC, adding that for those that export more than they sell in India it could be worse.

India is increasingly becoming an export hub with carmakers shipping vehicles to countries in Africa and Latin America, and even parts of Europe. In the year ended March, Indian exports of cars, trucks, buses and two-wheelers rose 15 percent to about 3.6 million, industry data showed.

Carmakers such as Hyundai, India'a biggest car exporter, BMW, Renault and Nissan have production facilities in just one Indian city and this incident could force them to consider forming a more sustainable continuity plan, said Majeed.

Natural disasters have disrupted Asia's auto industry in the past. In 2011, an earthquake and tsunami in Japan hit car production, and floods in Thailand the same year impacted auto part makers affecting vehicles produced in North America.

Eicher Motors, maker of the Royal Enfield motorcycle, lost production of 4,000 two-wheelers in November. "The floods caused by the rain have also impacted logistics and our supply-chain," it said in a statement on Thursday.

Cars sold in India do not have 'defeat device': VW

Ola partners with Didi, Lyft and GrabTaxi to go global