Discounts on Maruti Suzuki, Hyundai, Honda, Ford cars ahead of GST roll out

Car buyers never had it this good with a discounts wave sweeping across the auto market ahead of the GST roll out from next month. 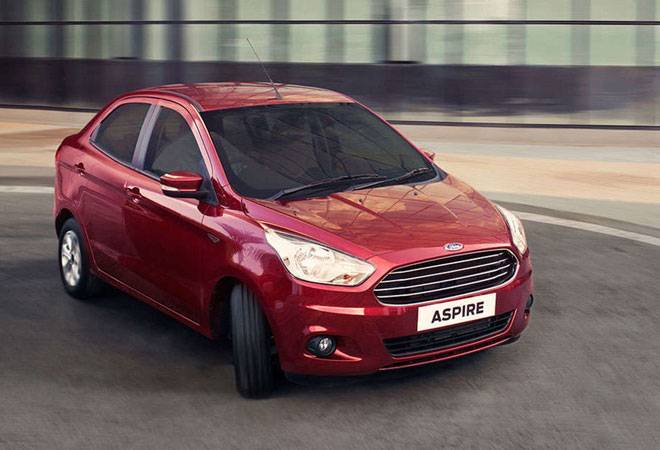 Car buyers never had it this good with a discounts wave sweeping across the auto market ahead of the GST roll out from next month.

Triggered by the German trinity of luxury carmakers Mercedes, BMW and Audi, the price cuts for June are now being offered by other car manufacturers as well including market leader Maruti Suzuki, arch rival Hyundai, Japanese competitors Honda and Nissan and homegrown Mahindra and Mahindra.

Market analysts said car firms have been forced to go in for discounts as customers were holding back on purchases as prices are expected to come down after the implementation of GST from July 1.

"With stocks piling up at dealerships auto manufacturers have decided pass on the expected gain in GST a month ahead," an industry executive who did not want to be quoted told Mail Today.

Dealers of the country's largest car maker, Maruti Suzuki, are offering discounts between Rs 25,000 and Rs 35,000. The highest discount is offered on its entry-level hatchback Alto.

Hyundai Motor India dealers are offering a discount of Rs 2.5 lakh on its premium SUV Santa Fe and have scaled down the price tag for Elite i20 and all-new Xcent by Rs 25,000.

"We are giving price protection to the customers for cars sold from June 10 to June 30 which means that customers will buy the car at pre-GST price now. Post GST implementation whatever the difference in ex-showroom price it will be returned back to the customer by the dealer," a Honda spokesperson observed.

Ford India was the first to follow in the footsteps of the luxury carmakers with discounts of up to Rs 30,000 on its compact SUV EcoSport, sedan Aspire and hatchback Figo to pass on benefits of new tax rates under GST.

Japanese carmaker Nissan's dealers are also offering benefits of up to Rs 80,000 on sports utility vehicle Terrano and around Rs 25,000 on small car Micra.

Under the GST rates, cars will attract the top rate of 28 per cent with a cess in the range of 1-15 per cent on top of it.

German luxury car maker Audi has already slashed prices of its models in India by up to Rs 10 lakh till June 30. Rival BMW also said it is offering benefits up to 12 per cent on ex-showroom prices that include GST benefits, depending on choice of the model.

Mercedes Benz has announced reduction of prices of its vehicles produced in India by up to Rs 8 lakh.

Tata-Motors owned Jaguar Land Rover (JLR) has also cut prices of select models by up to Rs 10.9 lakh with immediate effect to pass on benefits of new tax rates under GST.

In the two-wheeler space, niche bike maker Royal Enfield is pre-emptively extending the GST benefits to its customers and is ready to implement the on-road price revision on purchases beginning June 17.

Why Bajaj Auto bikes have become cheaper by up to Rs 4,500