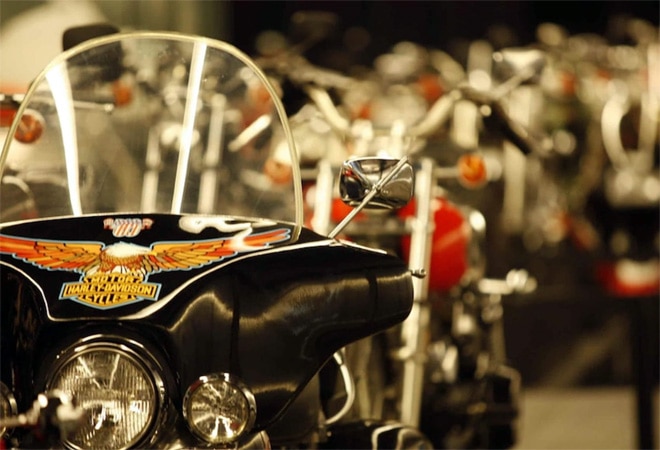 In a SEC filing in the US, the company said it plans to shutter its factory in Bawal in Haryana and lay off at least 70 employees in India as part of its broader restructuring plan in the Rewire project that seeks to trim losses and optimise global dealer network.

"Between August 6, 2020 and September 23, 2020, the Company approved commitments to additional restructuring actions under The Rewire related to optimising its global dealer network, exiting certain international markets, and discontinuing its sales and manufacturing operations in India. The India action will include an associated workforce reduction of approximately 70 employees," said the filing to the SEC.

In a separate statement issued in India, the company said it was changing its business model and evaluating options to continue to serve its customers in the market. The company has been heavily linked for a deal with local players Hero MotoCorp and Mahindra and Mahindra. Industry insiders say a deal to sell its assets to the Mumbai-based company is in the last stages and is likely to be announced in the next few days.

"Harley-Davidson plans to close its manufacturing facility in Bawal and significantly reduce the size of its sales office in Gurgaon. The company is communicating with its customers in India and will keep them updated on future support. The Harley-Davidson dealer network will continue to serve customers through the contract term," the statement says. "These actions are aligned with The Rewire which is planned to continue through the end of 2020, leading to The Hardwire, a new strategic plan for 2021-2025 aimed at building desirability for the Harley-Davidson brand and products."

The company entered India with much fanfare in 2009 hoping to profit in a market that was already one of the biggest for motorcycles around the world and had a young aspirational consumer base to boot. What looked great in paper however did not translate on the ground. Bulk of India's motorcycle market comprises no-frills commuter bikes and the expected graduation to leisure motorcycling simply did not take off in the way Harley would have wanted.

In these 10 years, Harley has sold only a little over 27,000 units in the country-segment leader Royal Enfield sells double of that every month. Last fiscal, it sold a mere 2,470 units and only about 100 motorcycles in the first quarter of this fiscal.

To make it worse, the pandemic has proven to be intense for the Milwaukee-based firm globally. Already facing declining interest among young customers in markets around the world, it has only expedited the need for a restructuring. To stay afloat, Harley is planning to trim its product portfolio by a third and shrink its global footprint to 50-odd profitable markets. Thursday's confirmation proves India is one of those markets. It also underscores how difficult it has been for American automobile brands in India with GM exiting the market a few years ago while Ford in the process of selling its assets in a joint venture to Mahindra.

"The Company expects to complete the restructuring activities approved through September 23, 2020 within the next 12 months. Announcements associated with additional actions under The Rewire are expected to occur, some of which will likely result in additional restructuring charges," read its filing to the SEC.

Harley Davidson ends India operations, 70 employees to be laid off