Fiscal year 2015-16 was a landmark year for Maruti Suzuki India, India's largest car maker for well over two decades. Its domestic tally, at a little over 1.3 million, was its highest ever, helping it lead the industry with a growth of 11.5 per cent. 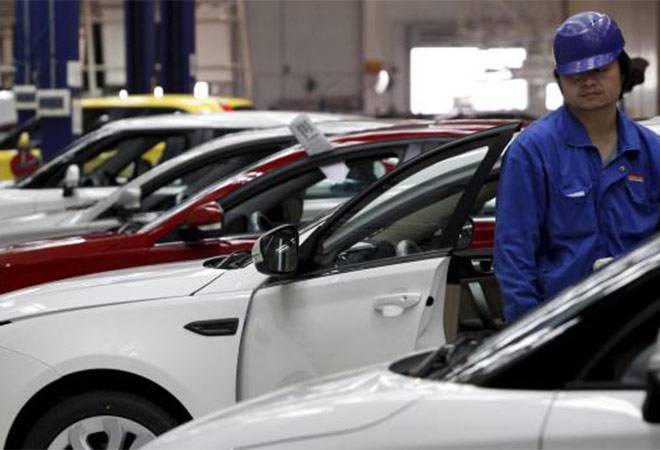 Fiscal year 2015-16 was a landmark year for Maruti Suzuki India, India's largest car maker for well over two decades. Its domestic tally, at a little over 1.3 million, was its highest ever, helping it lead the industry with a growth of 11.5 per cent. Not surprisingly, then, Maruti dominates the Top 10 best-selling list during the fiscal with as many as six cars. In fact, the only new addition to the list - Celerio - is a Maruti at the expense of Hyundai Eon.

In fact, there are hardly any surprises in the list. The Alto, a bestseller for well over a decade now, remains on top but it increasingly looks like the brand will not grow from here. Simply maintaining its tally at over 250,000 units per annum from here itself would be a job well done. Having usurped the second spot from its older sibling, compact sedan Dzire defies odds to again grow in double digits. At 2.34 lakh units in 2015-16, it is getting closer to Alto - who knows what it is store in fiscal 2017.

Sales of the Swift slide marginally and there has been a definite impact of stable mate Baleno in the Past six months. The latter has so far notched up an impressive 45,000 unit sales in six months and will dent Swift's prospects further this year.

Changes of any significance are in the position of non-Maruti nameplates. Hyundai Grand i10 is the only car in the Top 5 that is not a Maruti, snatching that position from Mahindra Bolero. The latter saw a steep 20 per cent decline in sales, clearly reeling under the twin impact of TUV and KUV launches, and just about holds on to the position of being the largest selling SUV in the country. Hyundai Creta or Maruti Vitara Brezza would be odds-on favourites to emerge as winners this year.

Hyundai's Elite i20 sees the highest year-on-year growth - a remarkable 46 per cent. This is the first time ever that two Hyundai cars have managed to sell more than 100,000 units in a year. Yet, not all is rosy for the Korean carmaker. Its entry level small car is being brow beaten by the unheralded Renault Kwid. A 13 per cent decrease in sales ensures it is now out of the Top 10.

Another big gainer is the Celerio with a 28 per cent increment partly due to the introduction of the diesel version in mid-2015. It would be interesting to see if Tata's Tiago has any impact on this brand.

Maruti's ubiquitous Omni and Honda City round off the list. With a number of cars like Creta, Kwid, Baleno and Vitara Brezza snapping at the leaders' heels, 2016/17 promises a virtual shake up of the list.