The iconic brand Ambassador, which used to be a symbol of the high and mighty in power corridors, has changed hands, with Hindustan Motors selling it to European auto major Peugeot for Rs 80 crore. 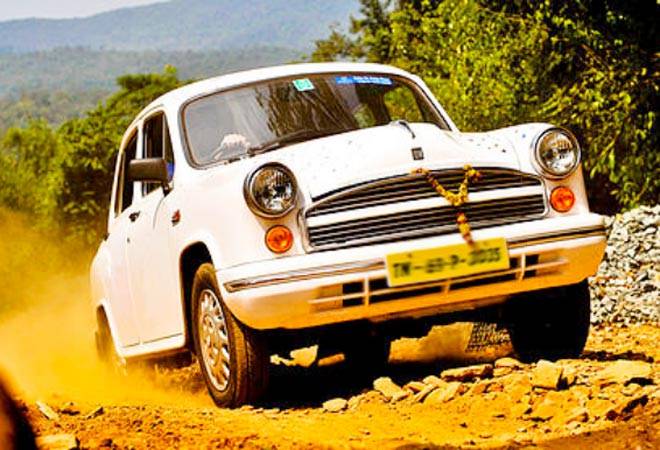 The iconic brand Ambassador, which used to be a symbol of the high and mighty in power corridors, has changed hands, with Hindustan Motors selling it to European auto major Peugeot for Rs 80 crore.

The C K Birla group firm has inked an agreement with Peugeot SA to this effect. As things stand, the manufacturing of Ambassador car has been discontinued.

"Hindustan Motors has executed an agreement with Peugeot SA for the sale of the Ambassador brand, including the trademarks, for a consideration of Rs 80 crore," Hindustan Motors said in a regulatory filing.

ALSO READ: From Narayana Murthy to Mohandas Pai: Why they feel Infosys must explain what it is hiding

Last month, the PSA Group had inked a partnership with the CK Birla group to re-enter the Indian market and earmarked an initial investment of 100 million euros (around Rs 700 crore) to set up vehicle and powertrain manufacturing in Tamil Nadu.

The tie-up entails two joint venture agreements between the companies of the two groups.

The initial manufacturing capacity will be set at about 1,00,000 vehicles per year and followed by incremental investment to support a progressive ramp-up of the long-term project.

The manufacturing capacity for powertrains will cater to the domestic market requirements and global OEMs. The performance of the industrial set-up will be supported by a significant level of localisation in order to attain necessary cost competitiveness, the company had said last month.

The long-term partnership will allow both companies to participate in the growth of the Indian automotive market, which is expected to reach 8-10 million cars by 2025, from the current 3 million in 2016.

The PSA group, which sells three brands -- Peugeot, Citron and DS -- is no stranger to India, having entered into a partnership with the erstwhile Premier family, resulting in joint venture Peugeot PAL India. However, it pulled out of the JV in 2001.

The group had made repeated attempts to return to the Indian market. In 2009, it decided to go slow on plans to kick off operations in India due to a global economic slowdown.

Later, in 2011, it announced plans to re-enter the Indian market with a mid-sized sedan, 10 years after it had exited the country. The plan, however, did not materialise.

The CK Birla group is better known for the now discontinued iconic Ambassador car that was manufactured by group firm Hindustan Motors.

It has presence in technology automotive, home and building, healthcare and education.