Honda to launch six new models in India in three years; no plans for EVs, though

As per reports, the list of cars that might land in India during this period includes the latest model of Honda's premium sedan Accord, along with new models of the Civic and the City. 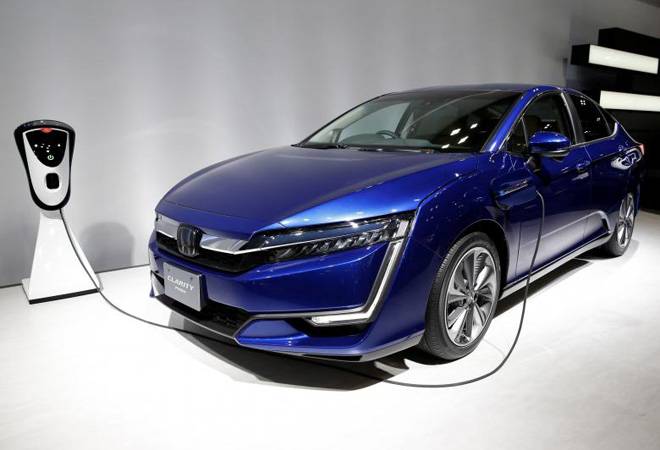 Honda is planning to expand its portfolio in Indian during the course of next three years in order to strengthen its prospects in the market here. The Japanese carmaker is planning to shift its focus from mid-segment and introduce latest iterations of some of its premium offering into the Indian auto market.

Honda, however, has no plans of launching any hybrid or electric vehicles in India yet. The auto giant stated that it is waiting for clarity on part of Indian government in its policies regarding hybrids and EVs before launching its environment friendly portfolio in Indian markets.

As per reports, the list of cars that might land in India during this period includes the latest model of Honda's premium sedan Accord, along with new models of the Civic and the City. Apart from this, Honda HR-V, Honda CR-V, and the compact sedan Amaze could also be launched in their latest avatars.

In 2018, Honda is likely to launch the next-generation CR-V in India. The 2018 Honda CR-V is expected to come with a 1.6-litre twin-turbo diesel engine which can produce 158hp of top power and 350Nm of top torque. The diesel engine will be mated to a nine-speed automatic gearbox. Honda will localise the engine to for the Indian market in order to keep a check on prices, said a report by Autocar India.

The second-generation Honda Amaze is also due next year and will be another contender in the crowded compact sedan segment in India. The new sub-four-metre Honda Amaze will be a global model similar to the present one. It will have to best it out, though, against the likes of Maruti Suzuki Swift Dzire, Ford Figo Aspire, and Hyundai Xcent.

In the year 2019, Honda is likely to launch the new version of its Civic, which will come to India when it receives a mid-cycle facelift globally. This is to ensure that the latest version is in Indian markets. The new Honda Civic is expected to come with two engine options - either 1.8-litre four cylinder petrol engine, or the 1.6-litre diesel engine.

The second car to touch down in India from Honda stables is the HR-V. The five-seater crossover could come with the same engine options as the Honda Civic before it. With the crossover segment gaining speed in India, the Honda HR-V is likely to face tough competition from the recently launched Renault Captur, Maruti Suzuki S-Cross, Hyundai Creta, Mahindra TUV 300, and even the low-end variants of Jeep Compass.

Lastly, the next-gen City sedan will be launched by 2020, which is already in the works. The new version of premium sedan Honda Accord is also in the cards. Honda has launched the new Honda Accord recently in the American markets.