Hyundai hikes vehicle prices by up to Rs 1.27 lakh 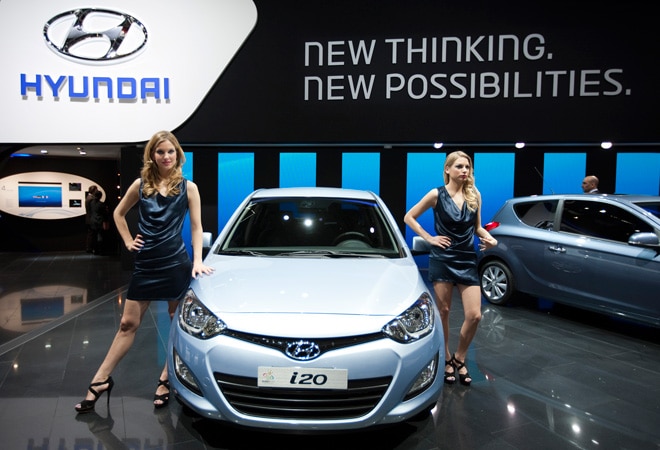 Hyundai Motor India on Tuesday raised vehicle prices by up to Rs 1.27 lakh to partially offset the impact of high input costs and expiry of reduced excise duty concessions.

The price of entry level small car Eon has been hiked by Rs 15,417. It was previously priced between Rs 2.88 lakh and Rs 4.03 lakh (all prices ex-showroom Delhi).

The company further said the price of its premium hatchback Elite i20 has been increased by up to Rs 29,814 from its price ranging between Rs 4.99 and Rs 7.66 lakh.

Mid-sized sedan Verna will cost Rs 23,965 more from the earlier price between Rs 7.39 lakh and Rs 11.72 lakh, the company said, adding executive sedan Elantra prices have also been been hiked by up to Rs 36,912.

The vehicle was previously priced between Rs 25.60 lakh and Rs 28.41 lakh. Meanwhile, homegrown auto major Tata Motors said it would also be increasing prices of its products. We will pass on the increase in excise, and there would be a related price impact to the extent of the excise increase, a company spokesperson said.

GM India has also increased prices of its vehicles by up to Rs 61,000 across various models. Yesterday, Honda Cars India announced a price hike of upto Rs 60,000 across its product range. The price hike follows the government not extending excise duty concessions given to the auto industry after the expiry on December 31, 2014.

General Motors India hikes prices by up to Rs 61,000

Godrej Consumer to buy 100 per cent stake in Frika Hair