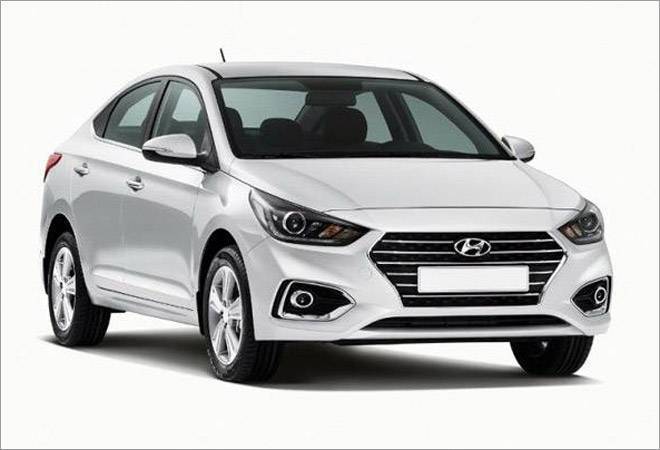 South Korean carmaker Hyundai on Tuesday launched an all new version of its Verna in India with an introductory price starting at Rs 7.99 lakh (exshowroom Delhi) to take on Honda City and Maruti Suzuki's Ciaz in the fight for a higher market share in the mid-size sedan segment. The petrol versions of the Verna are priced between Rs 7.99-12.23 lakh, while the diesel variants carry a price tag between Rs 9.19-12.61 lakh.

We are aiming for the leadership position in the segment. With the kind of features the new Verna has, we are confident of achieving it, Hyundai Motor India MD & CEO YK Koo told journalists here. The company has set a target of selling 4,000 to 5,000 units a month for the model, he added.

In the last 17 days, we have received 45,000 enquiries and we expect at least a conversion of 20 per cent of these into actual sales, Koo disclosed. As competition brought in full model changes of their models like City, sales of Verna had dropped to around 700 units a month from a peak of around 49,000 a year in period between 2011 and 2013, he added.

However, Hyundai said the introductory prices will be applicable for first 20,000 customers only. "We will take a price increase after 20,000 units,'' HMIL Director Sales & Marketing Rakesh Srivastava said. The latest Verna comes with 1.6 litre petrol and diesel engines mated with both manual and automatic transmissions.

The model is based on a newly developed K2 platform and has been developed with an investment of Rs 1,040 crore. he new Verna comes with various features like sunroof, rear curtain, standard dual airbags and ABS, eco coating for AC vents and rear parking sensors.

When asked about increasing the production capacity, Koo said that with flexibility in manufacturing the company would be able to pull on till around 2020. So there is no plan for a new factory right now. After 2020 we will look into it, he added. Overall, Hyundai has sold 3.17 lakh units of Verna in India since the introduction of the model in 2006.

Globally, around 88 lakh units of the sedan have been sold. With fierce competition in the mid-size segment, the Honda City has recently received a mid-life facelift while the Maruti Suzuki Ciaz which has a price advantage has been promoted from the company's standard dealership network to the more exclusive Nexa level.