Jimny is not coming to India, but watch out for these new Maruti Suzuki vehicles

The Japanese carmaker has decided to keep the compact SUV from Indian markets over fears that it will not be popular among buyers here as a daily driver due to its off-roader character. 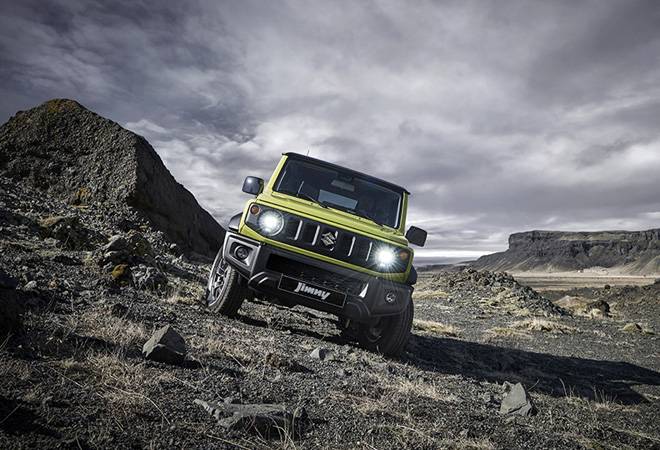 Maruti Suzuki will be not be bringing the Jimny to India. The company has decided to keep the compact SUV from Indian markets over fears that it will not be popular among buyers here as a daily driver due to its off-roader character, according to a report by ZigWheels. Suzuki Swift Sport will also give India a miss, the report added.

After its Japan launch earlier in July, Suzuki Jimny seemed destined to arrive on Indian shores. While the Kei-spec Suzuki Jimny has been reserved for Japan, the more powerful Jimny Sierra was to be launched in other markets. But the Japanese carmaker believes that a three-door SUV meant for off-road driving will not gain as much traction here as it would like.

The Jimny Sierra would be positioned as a lifestyle vehicle and there is a good chance that buyers might shy away from buying it as their primary vehicle, the report said. The case in point is the meagre sales of Mahindra Thar, the present segment leader among small off-road vehicles in India, which reportedly averages to below 1,000 units every month. Force Gurkha, another offering in the segment, clocks sales figures even less than that.

The Suzuki Jimny was expected to come to India as a replacement to the iconic Gypsy, which is still a favourite among off-road SUVs in India. Gypsy, which is actually a second generation Jimny for global markets, is likely to be discontinued from Maruti Suzuki's portfolio from October 1, 2019, as it does not conform to the new Bharat NCAP (New Car Assessment Programme) crash test standards.

On the other hand, India has been denied the Suzuki Swift Sport as the company believes that it will be too expensive for the liking of buyers here. The Swift Sport was expected to be one of the most performance-oriented hatchbacks in India, and would have gone against the likes of Fiat Punto Abarth and Volkswagen Polo GT. But the 1.4-litre petrol engine-driven Swift Sport would have sported a hefty price tag.

However, there is no dearth of new additions to the Maruti Suzuki portfolio listed for the near future. For the SUV lovers, Suzuki might bring its full-sized SUV Vitara to India reportedly following the success of Vitara Brezza, the compact SUV based on the former created for Indian markets. The Vitara has been spotted in India during test runs and is expected to be launched here sometime early next year after the European rollout in September.

The Maruti Suzuki Wagon R hatchback is also expected to make a comeback with refreshed looks. A MPV based on the tall boy looks of the Wagon R is also allegedly in the works, but there is no official confirmation whether the plans in this regard will be turned into something concrete.

The company recently launched the much-awaited facelift of its premium sedan Ciaz with a fresh look, a more powerful motor in petrol trims running the show and new features.

Also Read:From Ertiga Cross to Rolls Royce Cullinan, here are 10 SUVs to watch out for in the upcoming months