South Korea's second-largest car manufacturer, Kia Motors has managed to place itself among the most popular SUVs in India with its Kia Seltos 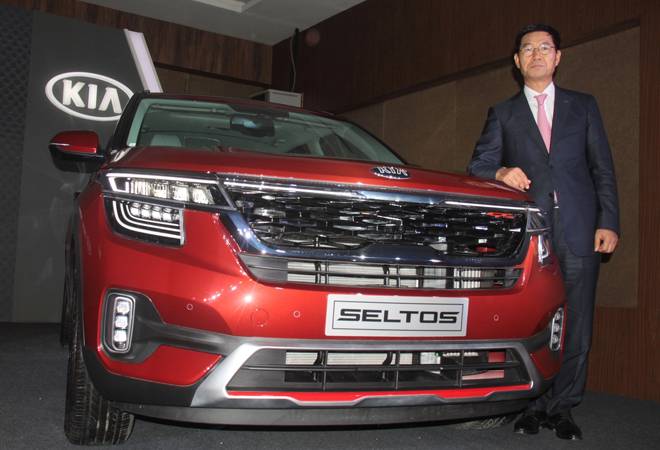 Kookhyun Shim, CEO and Managing Director of KIA Motors India, at the launch of Kia Seltos

Kia Motors India will hike prices of its SUV, Seltos, from January 1, 2020. The Kia Seltos, which was unveiled in August 2019, is currently offered at a starting price of Rs 9.69 lakh (ex-showroom) in India. According to a leaked document, the price of the Kia Seltos will be increased from January 1, 2020, and will also be applicable on undelivered bookings.

Kia dealerships across India suggest that the price increase is expected to be a maximum of 5 per cent. As per the leaked document, available on teambhp.com, the introductory limited period price of the car will be discontinued and the price increase will be applicable on all Kia Seltos variants.  Additionally, the letter also mentions that the new rates will be intimated on January 1, 2020.

South Korea's second-largest car manufacturer, Kia Motors has managed to place itself among the most popular SUVs in India with its Kia Seltos. The SUV Seltos has sold more than 10,000-units every month since its launch.

The Kia Seltos is offered in two different trims -- GT Line and Tech Line. The GT Line is available in GTK, GTX and GTX Plus variants, while the Tech Line has HTE, HTK, HTK Plus, HTX and HTX Plus variants.