Notably, Mahindra is the only Indian car manufacturer to make electric passenger cars. The Mahindra Electric, formerly known was Mahindra Reva, presently markets e2o Plus and eVerito electric cars for private use. 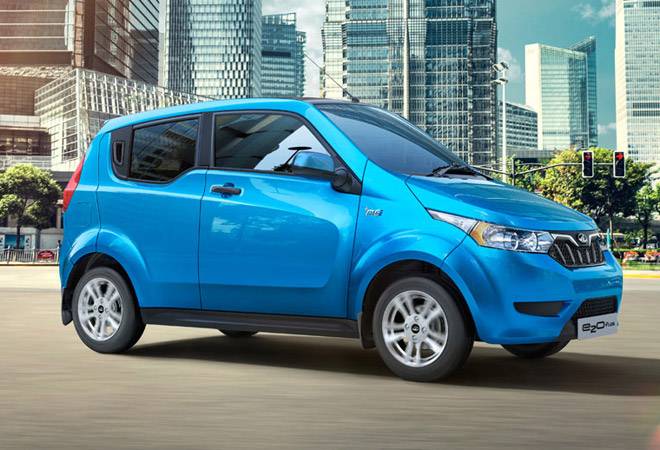 As electric mobility continues to slowly gather steam in India, Mahindra has reportedly announced that the company will be launching two electric vehicles for Indian markets by 2019. This announcement has come at a time when the Modi government is planning to go big on green mobility options in near future and is urging auto companies to fall in line  with this agenda.

According to a report by the NDTV Auto, the Indian car maker will introduce two electric cars in Indian auto market, which are likely to be based on existing cars models in the company's portfolio. "Our first new electric car will come by 2018 and the second one will be launched by the end of 2019 and we are very excited for both," the report quoted Mahindra & Mahindra Managing Director Dr. Pawan Goenka.

While Goenka did mention that the electric vehicles in offing will be Mahindra's current models with an electric power train, as per the report, but he did not disclose the models that will be re-launched in electric avatars. Mahindra's KUV100 seems to be a good option for getting a electric makeover owing to its small size and lighter body. Meanwhile, reports of Mahindra's popular full size SUVs Scorpios and XUV500 getting their own electric versions were also doing the rounds earlier this year in September. Mahindra Electric, the electric mobility arm of Mahindra was reportedly planning to invest Rs 300-400 crore in the venture.

Notably, Mahindra is the only Indian car manufacturer to make electric passenger cars. The Mahindra Electric, formerly known was Mahindra Reva, presently markets e2o Plus and eVerito electric cars for private use, along with Supra minivan and e-Alfa Mini commercial EVs. The company has managed to sell around 600 electric cars by far in the current fiscal, as per reports.

Mahindra and Mahindra only recently joined hands with Uber to help the cab aggregator deploy a fleet of hundreds of electric cars in Delhi and Hyderabad by March next year. The plan is to expand the initiative to other parts of the country in due time. Uber's India-based competitor Ola has announced to deploy 400 units of the electric version of famous Tata Nano, named Jayem Neo. Global players Suzuki and Toyota have already announced their plans to spearhead India's electric mobility programme.

Scooters script a renaissance as mobikes suffer a mid-life crisis