Mahindra XUV500 facelift spotted in production-ready avatar ahead of launch

The Mahindra XUV500 facelift is to be launched sometime in April this year when the complete list of specifications, price and variants will be revealed. 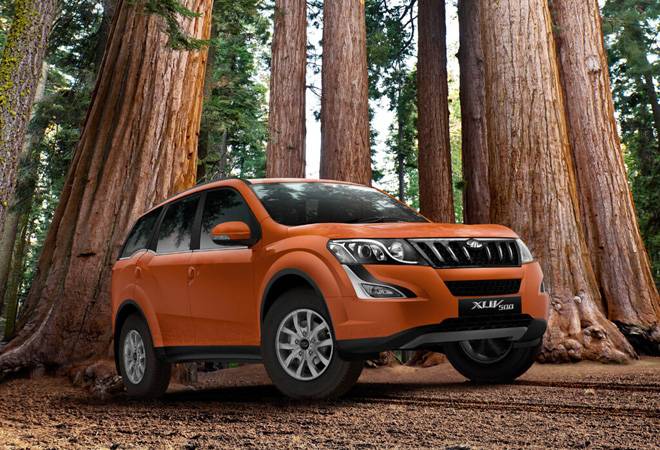 The Mahindra XUV500 facelift has been spotted without any camouflage and some notable design changes ahead of its launch next month. Images show a production-ready new Mahindra XUV 500 with design changes made front and back, which makes the already beefy SUV even more butch.

The grille on the XUV500 facelift has been extended a fair amount too, with the separation between it and the air dam gone in the newer model. The air dam seen on the older version looks like an extension to the grille on Mahindra XUV 500 facelift.

The Mahindra XUV500 facelift gets twin-pod headlamps with projector lamps and LED daylight running lamps (DRL). ORVMs with turn indicators mounted on them have been retained from the outgoing model. The fog lamps are flanked by chrome strips. Coming to the rear of the Mahindra XUV500, the stacked taillight setup has been replaced with triangular units. The reflectors are placed at the bottom of this arrangement. The back of the Mahindra XUV500 gets a roof spoiler with high-mounted stop lamp. A chrome number plate garnish has been added. There also is an optional wiper and defogger.

On the Inside, the Mahindra XUV500 facelift is expected to get an improved infotainment system with Android Auto and Apple CarPlay connectivity options. Under the hood, the new XUV500 is expected to run a 2.2-litre, four-cylinder engine that can do 168bhp and 350Nm torque. Reports are that a G9 petrol automatic transmission variant with a six-speed gearbox is also in the offing.

The Mahindra XUV500 facelift is to be launched sometime in April this year when the complete list of specifications, price and variants will be revealed. On launch, it will go head to head with the Renault Captur, Tata Nexon, and Jeep Compass. Mahindra is also planning to launch the new Rexton SUV with its own badging in India.

IndiGo to get spare engines for all its grounded flights within 40 days: Report