Maruti Chairman Bhargava comes out in defence of diesel cars Maruti Suzuki India Limited chairman R.C. Bhargava has come out strongly in defence of diesel cars saying all new models rolling off assembly lines of auto companies measure up to Euro IV standards and therefore do not cause much pollution.

The National Green Tribunal (NGT) had ordered immediate ban on registration of diesel vehicles in Delhi and on renewal of registration of such vehicles which are more than 10 years old on Friday. Bhargava told MAIL TODAY on Sunday that "it is trucks, which are the major reason for vehicular pollution, not diesel cars, which conform to the stringent Euro IV standards". "Besides, a lot of the pollution is caused due to dust on roads and at construction sites in the city. Roughly, one-third of the pollution is due to road dust in the Capital and another one-third could be attributed to construction dust," he said. 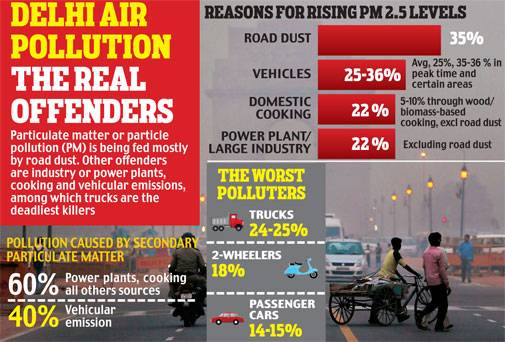 Bhargava said that the NGT order banning registration of diesel cars is only an interim order. "The ban on diesel cars till January 6 is only a short term decision and at the moment, we cannot talk of what impact it will have on industry or consumers. I am sure all these arguments will be taken into account when the NGT takes its decision in the case. It is only when final decision is taken that overall impact can be assessed," he added. Asked about the inventory of diesel cars, Bhargava said that could be worked out as someof these cars could be diverted to other cities where there is still a strong demand.

Estimates show that diesel cars account for 30 per cent of sales and the figure is expected to dip further after the order banning 10-year-old cars. "Most customers now prefer petrol models, which are allowed to run for 15 years and therefore have a better resale value," a Hyundai dealer said. Annual figures for 2014-15 show that diesel cars accounted for around 33 per cent of total passenger vehicle sales after peaking to 47 per cent in 2012-13.

The gap between diesel and petrol prices had widened by as much as Rs 25-Rs 30 per litre, which saw consumers switching to diesel cars despite the higher price of these vehicles. However, the price difference between the fuels has now come down to around Rs 14 per litre as the government has given public sector oil companies the freedom to charge marketdriven prices for diesel as well just as is the case for petrol.