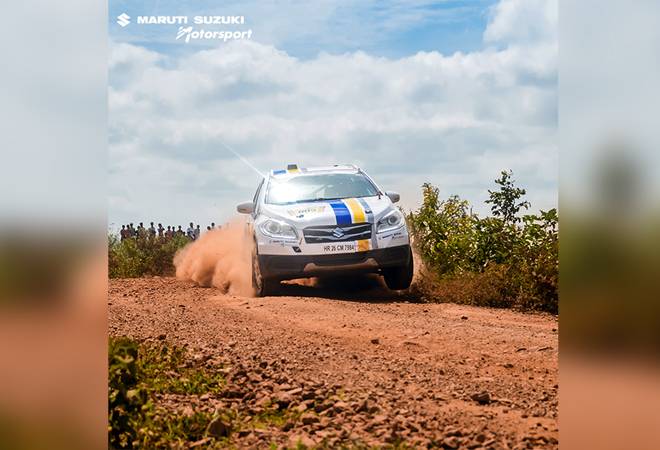 Having withdrawn its association with various motorsports events in search of wider consumer audience, the country's largest carmaker Maruti Suzuki India (MSI) is now formulating experiential initiatives to connect with younger buyers, according to a senior company official.

The auto major, which has pulled out of marquee events like Raid de Himalaya, Desert Storm, Dakshin Dare and Autocross Championship, is now in the process of giving a final shape to its next level of engagement with consumers with plans to start programmes like track events and inter-city expeditions.

"We found out from research that the consumers wanted something experiential. It was not enough for MSI to be seen as a company associated with motorsports (only), but subsequently they wanted something more which was something related with experiential driving," MSI Executive Director, Marketing & Sales Shashank Srivastava told PTI.

The consumer, who is slightly younger now, is becoming more aspirational and experiential. Besides, motor rally events are mainly limited to professional drivers and few enthusiasts with deep pockets, Srivastava noted.

"And therefore we said the purpose of association with those rallies was more or less over because we have firmly established MSI's qualities with the consumers," Srivastava said.

Going forward, he said the aim for the company would be to organise events which can give more experiential thing to a wider base of consumers.

"Probably you can see (some activities) from mid-July this year and we hope to make it as a calender as we go along so that people look forward to it," he said.

When asked to elaborate, Srivastava said, "It would be something like a track event, for example where people participate and experience driving or something like expeditions ..driving from one city to another..so we are planning some events like that."

The aim of such event, he said is "to give them (consumers) a more experiential thing...So that has been the directional shift that we have envisaged."

When asked if MSI would look at sponsoring motorsport events again, Srivastava said: "The marketing purpose for participating in those events has been more or less served and we also now like to get the second stage of giving experience to customers. At some later stage if we see a different trend among the consumers, we may look at (motorsports) at that time."

MSI has been associated with motorsports since 1986. It supported the Himalayan Rally from 1986 to 1991. It sponsored Raid de Himalaya from 1999 to 2017. The company was also the main sponsor of Desert Storm rally from 2003.

In 2009, it also brought in Dakshin Dare to encourage rally scene in South India.

The auto major was also associated with other major events like Autocross Championship.