The reason behind making these price adjustments is to offset the effects of increasing input costs Mercedes-Benz is reeling under. 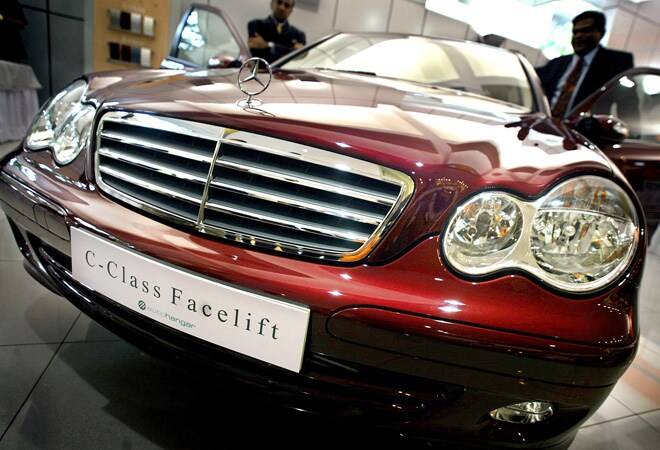 Mercedes-Benz has jacked up the prices of its automobiles by Rs 90,000 to Rs 5.5 lakh (ex-showroom)

Mercedes-Benz cars and SUVs in India will cost more from August. The German luxury carmaker has jacked up the prices of its automobiles by Rs 90,000 to Rs 5.5 lakh (ex-showroom). The reason behind making these price adjustments is to offset the effects of increasing input costs.

The price increase will be up to 3% on account of rise in customs duty on automotive parts, coupled with a hike in excise duty, and cess on fuel which have had a major impact on the company's bottom line, Martin Schwenk, Managing Director, Mercedes-Benz India said.

"We were left with fewer options, but to make some necessary price adjustments to our product range at the moment to offset the impact of rising input costs," Schwenk told the Economic Times.

Meanwhile, another German car manufacturer, Audi which is owned by the Volkswagen Group is also reflecting on a price hike around a similar level by September.

"The budget proposals clearly put pressure on our input cost. While we are trying to reduce the impact through certain measures, the price cannot remain untouched. In a market environment where the sale was already under pressure, this will be another setback," Rahil Ansari, head of Audi India told the news daily.

Already reeling under the increasing input costs and a slowdown in economic activity, India's luxury car segment's sales dropped to a decade low in the first half of 2019.

Furthermore, the budgetary announcement to increase taxes on imported luxury cars and the rise in petrol and diesel further hit the segment.

Finance Minister Nirmala Sitharaman in her maiden budget speech on July 5 had announced the government's decision to raise customs duty on imported luxury cars with a seating capacity of up to 10 persons to 30% from 25%.

Keeping all this in mind, Mercedes-Benz is curating novel financial offerings such as STAR Agility+, STAR Finance, STAR Lease, Corporate STAR Lease, etc. to make sure that the prospective buyers get easy access to financing options, the report said.

However, not all automobile makers are comfortable with the idea of raising prices as they are already under the pressure of declining sales. According to the report, BMW India, JLR India and Volvo India have said that they have no plans to hike vehicle prices.