The car will be available in both diesel and petrol options in three variants with prices ranging from Rs 31.5 lakh to and Rs 35.9 lakh (all prices ex-showroom Delhi). 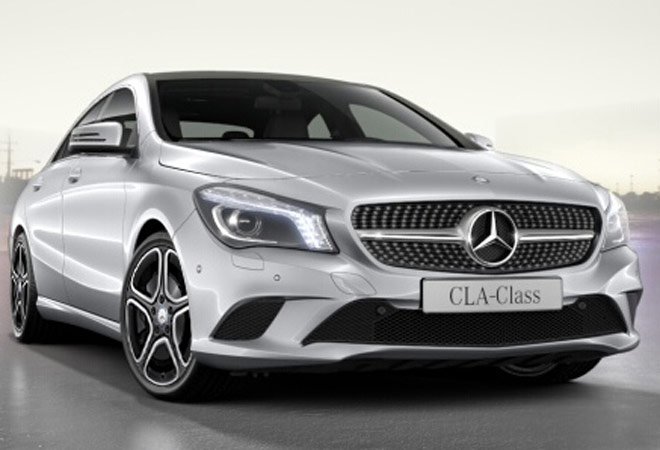 The car will be available in both diesel and petrol options in three variants with prices ranging from Rs 31.5 lakh to and Rs 35.9 lakh (all prices ex-showroom Delhi).

"We expect the CLA to be one of the volume drivers and that's why we decided to produce the car in India," Mercedes-Benz Managing Director & CEO Eberhard Kern told PTI.

"This is the sixth model along with the S, E, C, ML and GL classes to be rolled out of the company's Chakan plant", Kern said.

"Last year India was among the top fastest growing markets for Mercedes globally and we expect the same this year with a double digits growth in sales," Kern added.

The company plans to introduce 15 new products in India this year and pump in Rs 150 crore for adding a new assembly line for its upcoming CLA sedan at the Chakan facility.

The company has, so far, invested Rs 1,000 crore on the expansion of its Chakan plant.

With expansion, the plant will now have a capacity of 20,000 units per year, the largest for any luxury car manufacturer in the country.

The company also plans to enhance its dealer network by around 15 outlets in 2015.

Last year, the company had launched 10 new products in the country including new versions of its top-end luxury sedan S Class -the S500 and S350CDI, armoured vehicle MGuard, and SUVs GL63AMG and ML63AMG.

It had also launched GLA Class and a petrol variant of GLA 45 AMG, to tap the fast growing SUV segment in the country.