MG Hector unveiled in India, to be launched in June 2019

MG Hector will be produced in Halol, Gujarat and will be made available at 120 outlets across 50 cities in India. Pre-orders for the SUV will begin from next month. MG Hector, the first internet car of India, has been officially unveiled.

Morris Garages Motor officially unveiled its first offering, Hector in India on Wednesday. The car is expected to be launched in June 2019. The British automaker said that the Hector comes with 19 exclusive features and more than 50 connected features, including the e-SIM enable internet connectivity. Apart from being the first internet-enabled car in India, MG Hector comes across as a capable SUV as well.

The first impression of the MG Hector is that it is huge. The Hector SUV measures 4655mm long, 1835 mm wide and 1760 mm tall, making it the longest in the competition. At 2,750mm, the Hector boasts of the longest wheelbase in the segment. The car looks bulky and sturdy with ample finesse to it.

MG Motors has used just the right amount of chrome with the Hector, as it surrounds the hexagonal grille, beneath the floating narrow indicator, and around the headlamp cluster. Thin, subtly-placed strips of chrome can be along the doors, at the back of the vehicle, and even the door handles. Silver scruff plates at the front and back emphasise on the SUV character of the Hector. 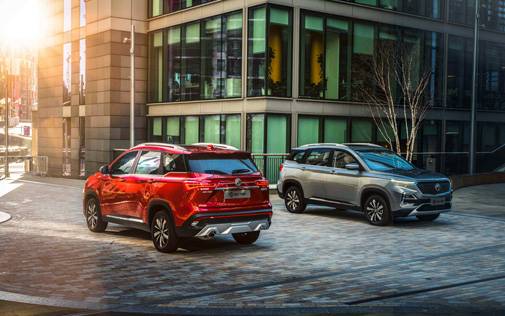 On the inside is where the real magic happens in the MG Hector. The dashboard is dominated by a segment first 10.4-inch touchscreen infotainment system called iSmart, which comes loaded with entertainment and connectivity features, powered by an embedded Airtel SIM.  MG Motors claims that the screen can deliver superior video and audio playing capabilities. The iSmart system supports Android Auto and Apple CarPlay for better interaction.

Moreover, the interaction with the car control system in MG Hector is based on online voice recognition. Certain apps like the Gaana Premium and AccuWeather come pre-loaded on the Hector. Morris Garage will roll out over-the-air updates for the Hector's iSmart system, which will be using the internet network of the eSIM. The network is IPV6-complaint, making it ready for 5G networks when they are rolled out.

And true to its bulky exterior, the Hector offers a lot of space inside. In India, the car will be available in five-seater configuration and 587 litres of storage space. The panoramic sunroof of the Hector is another segment first feature. 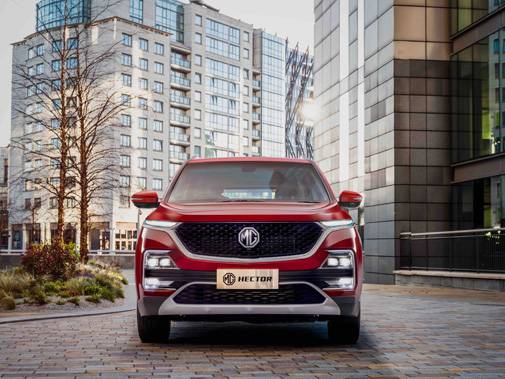 Under the hood, the MG Hector runs a 1.5-litre turbocharged petrol engine capable of producing 143PS of max power and 250Nm of torque. It comes paired with a dual clutch transmission. The petrol hybrid variant comes equipped with 48-volt mild-hybrid technology, which adds another 20Nm to the engine's original torque, making the drive smoother. With three key functions - Engine Auto Start Stop, Regenerative Braking and E-Boost - the combination provides a great driving experience while reducing emissions by up to 12%. The 2.0 litre diesel engine will deliver 170 PS at a peak torque of 350 Nm, with best-in-class fuel efficiency.

MG Motors will make the Hector at its recently acquired and reformed manufacturing facility in Halol, Gujarat. The shipments of the Hector SUV will begin during the next few weeks to its widespread network of 120 outlets across 50 cities. Pre-orders of Hector will begin next month; the dates will be announced within the next couple of weeks. The carmaker aims to expand its network to 250 outlets by the end of September this year. 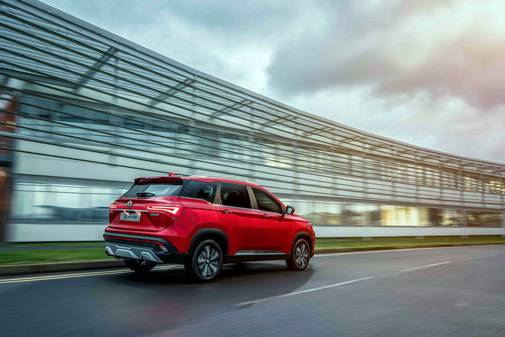 While the exact price is not known, the Hector is expected to be priced between Rs 15-20 lakh. Reports suggest that MG Motors will be rolling over several variants of the Hector to offer a wider price bracket.