The 3 Series, one of BMW's bestselling cars in India as well as around the world, is powered by a two-litre four-cylinder petrol engine that produces an output of 258 hp and maximum torque of 400 Nm at 1,550-4,400 rpm 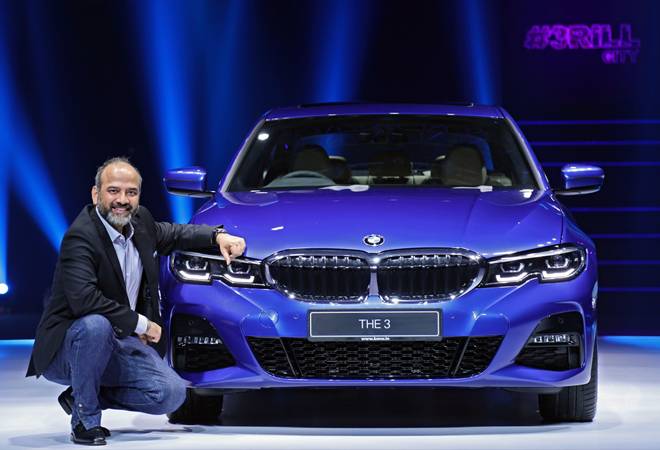 German luxury carmaker BMW India on Wednesday launched the new 3 Series in the country at Rs 41.4-47.9 lakh. With the domestic car market in the grip of an unprecedented slowdown, something that has not spared the usually insulated luxury segment, BMW has been on a launch spree this year. The new 3 Series is its seventh launch of the year.

"The 3 is the heart and soul of BMW. As the ultimate sports sedan, for over four decades, it has been the flag bearer of sheer driving pleasure. It has a very strategic role in our global markets and in India too every third car we sell is a 3 Series," said Rudratej Singh, President and Chief Executive Officer, BMW Group India.

"Built for thrill and driven by technology, the all-new BMW 3 Series is an automobile that creates an impeccable harmony between the driver, the machine and the road. Enthusiasts waiting for the perfect luxury sports sedan will be undoubtedly drawn to its new design, generous space, luxurious interiors and host of innovative technologies. Our current patrons, who swear by the unmatched driving character of the 3, will be equally thrilled with its enhanced best-in-class handling and agility."

After recording a blistering pace of growth in the first half of this decade, luxury car sales have gone off boil in India in the last few years. In the last five years, industry volumes have grown at an average of just 6.3 percent annually.

In calendar year 2018, the segment lagged the overall industry with a growth rate of only 3.5 per cent while overall passenger vehicle sales grew by 5.3 per cent. Among the three big German players in the segment, BMW performed the best with a growth rate of 13.3 per cent in 2018, against 1.6 per cent for Mercedes Benz and near 18 per cent decline for Audi. BMW was however was significantly behind Mercedes as the second largest player in the segment. It had been the market leader in India for four years between 2009 and 2012.

No hike in vehicle registration fee! Govt puts plan on hold amid slowdown

Indian Railways bans single-use plastic; to be implemented from October 2