Diesel variants of the new City will retail from Rs 8.62 lakh to Rs 11.1 lakh while petrol versions are priced between Rs 7.42 lakh and Rs 10.98 lakh (ex-showroom Delhi). 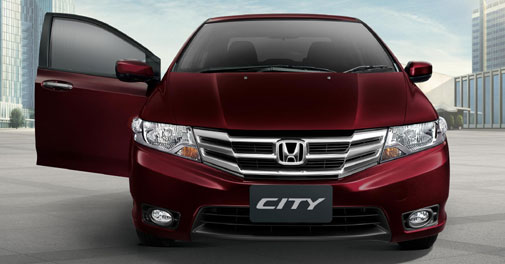 Honda City has got an upgrade. The Japanese carmaker has launched an all-new version of its sedan in India, including the first diesel variants of the car.

The fourth generation of the sedan was unveiled globally on November 25. Honda had discontinued the third-generation model of the car in November.

"With the best of both petrol and diesel technologies available in Honda City, we are very confident about the success of the model, which will significantly contribute to our business growth in India," Honda Cars India Ltd (HCIL) President and CEO Hironori Kanayama told reporters at the launch in the national capital.

The petrol variant of the new Honda City comes with the existing 1.5 litre iVTEC engine while the diesel version sports the recently launched 1.5 iDTEC diesel motor.

Diesel variants of the new City will retail from Rs 8.62 lakh to Rs 11.1 lakh while petrol versions are priced between Rs 7.42 lakh and Rs 10.98 lakh (ex-showroom Delhi).

The new City was developed at the Honda R&D Centre in Tochigi, Japan, following extensive market surveys in India and the ASEAN countries.

The company had launched the first-generation Honda City in India in 1998 and has so far sold 4.3 lakh units of the car.

HCIL's other models include the compact sedan Amaze and hatchback Brio. The Honda Amaze, introduced in April last year, was the company's first diesel offering in India.