A day after market leader Maruti Suzuki launched the S-Presso, its first new mini car in almost a decade, French carmaker Renault on Tuesday launched a refreshed version of the Kwid priced between Rs 2.83-4.85 lakh 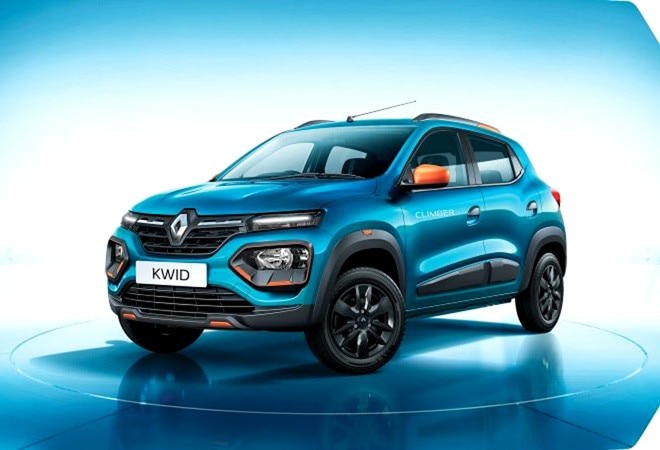 Renault Kwid facelift has been launched in India a day after Maruti Suzuki S-Presso.

The battle in the entry-level mini car segment in India is intensifying. A day after market leader Maruti Suzuki launched the S-Presso, its first new mini car in almost a decade, French carmaker Renault on Tuesday launched a refreshed version of the Kwid priced between Rs 2.83-4.85 lakh.

As is the case with Maruti's other offering in the segment - the Alto, which is also India's bestselling car - the Kwid comes with two petrol engine options, 800cc and 1-litre. The one with the smaller engine is offered in four variants priced between Rs 2.83-4.13 lakh. It is mated to a 5-speed manual transmission and competes directly with the Alto 800. The latter is priced between Rs 2.89-3.67 lakh. Kwid's 800cc engine has a maximum power output of 54PS and torque of 72Nm.

The model with the 1-litre engine is offered in one variant with the manual transmission, priced at Rs 4.54 lakh, and two variants with the 5-speed automatic manual transmission priced between Rs 4.63-4.84 lakh. The comparable variants of the Alto K10 and S-Presso are priced between Rs 3.6-4.4 lakh and Rs 3.7-4.9 lakh respectively. The new Kwid's prices are only marginally higher than the outgoing version. The 1-litre engine makes maximum power of 68PS and torque of 91Nm. Both engines have output figures comparable with those by Maruti.

The spate of launches come at a time when the automotive sector in India is undergoing an unprecedented crisis with sales declining for eleven straight months till September and in 14 of the last 15 months. The entry-level mini car segment has borne the brunt of this slowdown with sales declining by nearly 50 per cent between April and September last year over last year.

With the Kwid, and more recently the S-Presso, manufacturers have tried to bring in design elements from SUV into this segment to tap into the craze for more upright vehicles in India. Utility vehicles have so far bucked the overall trend in the industry with a single-digit decline in sales in this fiscal so far.

"With innovation in its DNA, the SUV-inspired Renault Kwid has been a true game-changer and volume driver for Renault India. The all-new Kwid's next-gen technology combined with its sleek style and innovative design will ensure that Kwid continues to be a major disruptor in India's entry car segment," said Venkatram Mamillapalle, Country CEO & Managing Director, Renault India Operations. "The impressive interiors complement the striking exteriors, making it a style statement inside out. With a rapidly increasing customer base, Kwid has successfully created a breakthrough proposition in India's automotive market and has been one of the most successful launches in the mini-car segment in recent times."

The new additions in the Kwid include enhanced SUV-inspired design with wheel arch claddings, side decals, new R14 volcano grey muscular multi-spoke wheels along with a higher ground clearance of 184mm against 180mm of the earlier version.

It also features a dual-tone dashboard and chrome interior accents. Customers can choose between a sporty orange and white fabric upholstery with striped embossing, or crossway fabric upholstery with a red outline. It gets a first-in-class 20.32cm touchscreen MediaNAV Evolution with Android Auto, Apple CarPlay, Video Playback and Voice Recognition. There is also a reverse parking camera with guidelines and a fast-charging USB port with a power output of 2.4A.

Interior cabin space of the car stands at 24 litres with a best-in-class boot space of 279 litres, which is expandable up to 620 litres. The dimensions of the car have been marginally tweaked to a length of  3731mm, and width of 1579mm (including mirrors). Wheelbase remains unchanged at 2422mm.

On safety, the car is compliant with the side crash norms and upcoming pedestrian crash norms. As is the norm with cars in this segment, it gets driver-side airbag as standard with an option of passenger-side airbags, Anti-lock Braking System (ABS) with Electronic Brakeforce Distribution (EBD), driver and co-driver seat belt reminder, overspeeding alert, standard across all variants. In addition, the AMT variants come equipped with the essential traffic assist which helps the vehicle to crawl forward in slow-moving traffic and prevents it from rolling back on slopes.