Marquee British super luxury carmaker Rolls Royce on Tuesday launched the new Phantom in Delhi at a price of Rs 9.5 crore for the standard and Rs 11.35 crore for the extended wheelbase version. 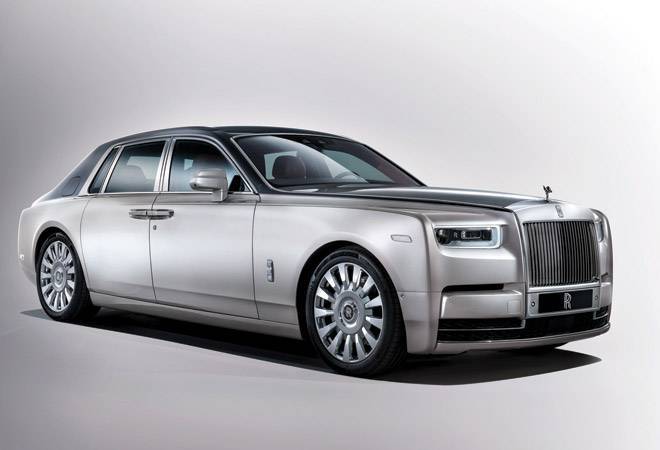 Marquee British super luxury carmaker Rolls Royce on Tuesday launched the new Phantom in Delhi at a price of Rs 9.5 crore for the standard and Rs 11.35 crore for the extended wheelbase version. Imported luxury cars like the Phantom attract a customs duty of 214 per cent that makes the car cost double of what it would in most other markets in the world.

Often referred to as the best car in the world, this is the 8th generation version of the Phantom. This makes it the oldest surviving nameplate at just over 90 years in an industry where product life cycles are getting even shorter. It has been updated only once every decade. The current one comes in a good 14 years after the last one in 2003, which incidentally was also when the Phantom got its first truly modern rendition.

"New Phantom paves yet another milestone for the brand in India, destination for many of Rolls-Royce's most bespoke cars. Our customers still recognise today that they are buying the best in luxury," said Paul Harris, Asia Pacific Regional Director, Rolls-Royce Motor Cars. "India remains a highly important strategic market for the company, as the population of highly successful Indians continues to grow at a greater rate than other countries and the appetite for authentic, bespoke luxury increases."

Rolls Royce does not sell many cars in India yet but its association with the market is historic. Back in the pre-independence era, it used to be the choice of vehicle for the royalty spread across the country. Legend has it that Rolls-Royce cars became the marque of choice with Royalty after the Maharaja of Gwalior bought a Rolls-Royce that won the Bombay-Kolhapur rally in 1908.

"Phantom is the ultimate mark of success in India, the pinnacle of not just the automotive arena but of the luxury world. There is nothing else like this on the market in India," said Yadur Kapur, Managing Director for Rolls-Royce Motor Cars New Delhi and CEO for Select Cars Pvt Ltd, the authorised retailer for the brand. "As always, authentic luxury is rare and bespoke. Phantom combines world-class technology and handcrafted quality."

Powered by an all-new, 6.75 litre twin-turbocharged V12 engine that delivers 563hp and 900Nm of torque from 1,700rpm, the Phantom is capable of spiriting from 0-100km/h in 5.3 seconds with the help of its seamless 8 speed, Satellite-Aided transmission. It is based on the company's new spaceframe, exclusive to Rolls-Royce and which will underpin all its future models, it makes it lighter, yet 30% more rigid than its predecessors.

A host of technological innovations like next-generation four-corner air suspension system, state-of-the-art chassis control systems, 130kg of sound insulation, double-laminated glass and dual-skin alloys across the bulkhead have led to the company claiming that the car has the most noise insulated cabin in the world.

"When Rolls-Royce's acoustic test engineers reviewed the results of road and vibration tests, the sound levels were so low, they had to check if their instruments were calibrated correctly," said Harris.

As is the case with every Rolls Royce, the Phantom can be tailored in thousands of ways to suit a customer's needs. The company said a customer can choose from 44,000 exterior colours and request personalised designs from the company's team of Bespoke designers.