Every year, more than 2.2 million bicycles are sold in India but almost 50 percent of them are no frills commuter bicycles that cost less than Rs 2,500 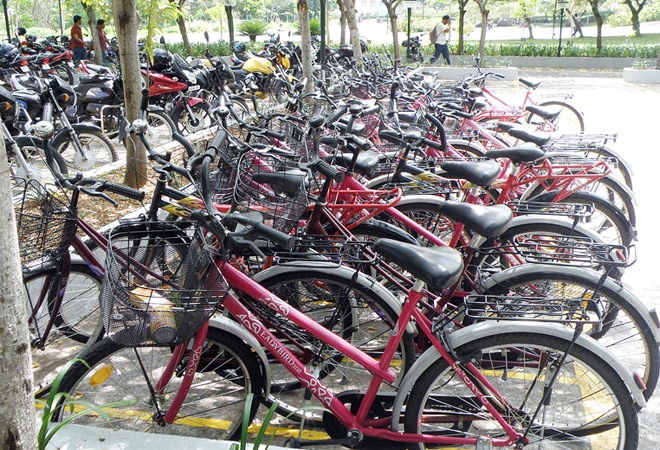 An unprecedented surge in demand for bicycles during the lockdown period in India has given fresh wind to the sails of 5-year-old bootstrapped firm AlphaVector. Started by two Wharton graduates Sachin & Vishal Chopra, the company has seen its monthly revenue grow by over 2.5 times in the last six months and is confident of clocking an annual revenue of Rs 300 crore next year.

"The surge in demand for bicycles in the post pandemic era has been a pleasant surprise. I would say it has advanced the evolution of the market by 2-3 years," says Sachin Chopra, founder and CEO, AlphaVector. "We are now struggling to cope with the demand. Our demand fill rate is at 15 percent. We are looking to set up our own factory by end of this fiscal which will more than double our capacity."

Every year, more than 2.2 million bicycles are sold in India but almost 50 percent of them are no frills commuter bicycles that cost less than Rs 2,500. Another 20 percent is comprised by kid's cycles and the remaining 30 percent are fancy or performance oriented bicycles that cost upwards of Rs 5,000 going all the way upto Rs 12 lakh for imported European bicycles. AlphaVector has positioned itself in the mid range with a wide portfolio in the Rs 5,000-23,000 price bracket.

"That is where the meat of the market is. It is the highest growing segment and will continue to be so as cycling for fitness becomes more mainstream in India," Chopra says. "Currently we have a contract manufacturing arrangement with a factory in India and one in Sri Lanka, and have a capacity of 10-15,000 units every month. We were initially importing bicycles from China but stopped doing that two years ago. We are looking at setting up our own factory soon which will enhance our capacity to upto 40,000 units a month."

Though it has flown under the radar so far-its Frog branded bicycles are not yet marketed widely on e-commerce platforms like Amazon and Flipkart. Chopra claims to have set up a retail presence in over 700 stores in 350 cities in India. This widespread network unlike other organised players in the business gives it an edge, it says.

"This is not just an urban phenomenon. The demand that we are witnessing is across the board. Infact in some cases it is stronger in tier II cities," Chopra says. "Now we are ready to scale up our business further by using e-commerce. We have developed a unique after sales and service offering wherein every online purchase is mapped to an offline store nearby so that the customer gets immediate and direct service."

Its growth in future will depend on this new found love for cycling among Indians to sustain beyond this crazy year. "It takes 3 months for something to become a habit. It has been over 6 months now. Once you get a hang of it, you are not going back to your earlier lifestyle. Cycling becomes a part of your daily routine," he says.