Will new City bring Honda back on growth path?

With no bonafide SUV in its product pipeline, the sedan City that has been a mainstay for Japanese carmaker Honda in India for well over two decades is crucial for its fortunes 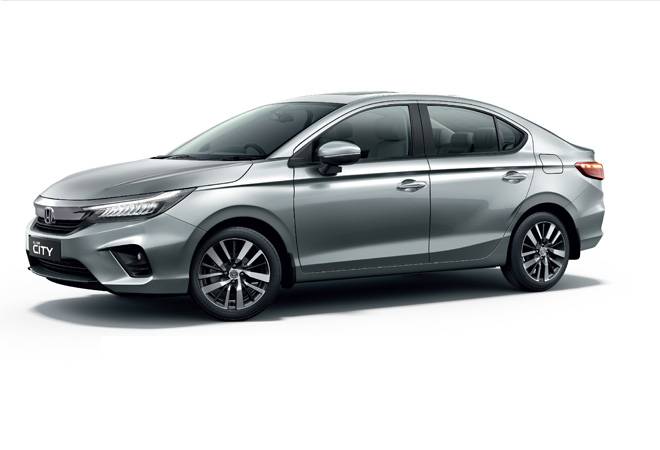 In the new generation version, Honda has tried to update the product with a number of features that it lacked vis a vis competition

Once synonymous with high-quality sedans and crossovers with contemporary styling that commanded a premium over rivals on merit, the company does not enjoy a leadership position in any of the segments anymore. The entry of newer players like Kia Motors and MG Motor India, has further marginalised its standing in the market.

On Wednesday, Honda released images and details of the fifth generation version of its most important product--City. With no bonafide SUV in its product pipeline, the sedan that has been a mainstay for the company in India for well over two decades is crucial for its fortunes. Its launch itself has been star crossed with the coronavirus outbreak and the subsequent lockdown pushing it by a couple of months from April to July. This gave Korean rival Hyundai the opportunity to ambush it with its refresh model of the Verna sedan last month.

Also Read: Second-gen Mahindra Thar with BS-6 engine to be launched in October

Nevertheless, City has its own set of loyal followers in India. In the new generation version, Honda has tried to update the product with a number of features that it lacked vis a vis competition. The new City is now longer - 4549mm to 4440mm, and wider -1748mm to 1695mm, than the outgoing version even as the wheelbase at 2600mm remains the same. It also gets daytime running lights, full LED headlamps with 9 LED array inline shell and 16" diamond cut alloy wheels. The more notable updates are in the infotainment and connectivity options, an area where Honda has always lagged its peers especially Hyundai. The new City will be the first connected car to get Amazon's Alexa remote capability that will allow customers to interact with the car remotely. The car's Telematics Control Unit (TCU) comes with over 32 connected features that offers a variety of information such as vehicle position and door lock status from a remote location besides multiple other functions such as auto crash notification and emergency assistance, stolen vehicle tracking, security alert, geo-fence alert, among others.

None of these features are segment firsts but these are necessary for the car to remain competitive and contemporary. It still lacks a few features like wireless charging and ventilated seats.

Inside the hood, the car comes with the same set of 1.5 litre petrol and diesel engines but they have been tweaked to offer more performance. The petrol engine has a peak power of  121 PS, torque of 145 NM and would be available with a 6 speed manual transmission and a CVT automatic gearbox. It has a certified fuel economy of 17.8 kpl for the manual and 18.4 kpl for the automatic version.

The diesel engine has a peak power output of 100 PS and 200 NM torque and would be available only with a six-speed manual transmission. It has a rated fuel economy of 24.1 kpl.

In terms of safety, City has six airbags in the top-end variants and other standard features like vehicle stability assist with agile handling assist - a segment first, anti-lock braking system with electronic brake distribution and brake assist. Though crash testing is not mandated in India yet and none of the cars in this segment have been tested by independent bodies like Global NCAP either, Honda claims the City in India would have a rating equivalent to five-star of ASEAN NCAP, which would make it one of the safest cars on the road.

As one of its most successful brands in India with cumulative sales of over 8 lakh units spread across four generations, a lot rides on the City as far as the fortunes of the company is concerned. It has tried multiple ill-fated attempts in the past to shore up market share like betting on small car platform like the Brio and multi-utility vehicles like Mobilio and BR-V. None of them have delivered and Honda is back to banking on the City.

The dynamics of the market have, however, changed. Once the most promising segment in the industry, mid size sedans have come under pressure over the last few years as a number of models in the entry level compact sedan segment have eaten into its share in the lower end, while SUVs have battered it at the top end. In an overall market that declined 18 per cent in 2019-20, this segment declined 37 per cent with all the models registering steep double-digit drop. Steep taxes of over 40 per cent are a big reason for this.

The City is closely bunched with Maruti Ciaz and Hyundai Verna with Ciaz topping the charts with sales of 25,258 in FY20, down 45 per cent over FY 19, followed by City at 20,912 units, down 49 per cent and Verna at 20,894 units, down 47 per cent. This year, City and Verna are likely to benefit from Maruti discontinuing the diesel version of the Ciaz.

In a scenario where sedans themselves are under pressure, reclaiming leadership position may not alter Honda's standing in the industry dramatically. It would, however, offer some solace. In times like these, that counts for a lot too.

Also Read: Hyundai Motor India exports over 5,000 units in May

Business as usual, Mercedes launches SUV GLS worth a crore