After a seven-year wait, Air India would finally enter the largest global airlines network Star Alliance in July after meeting all minimum conditions, including steps to enhance customer satisfaction. 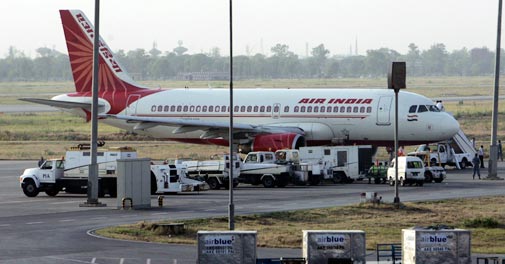 After a seven-year wait, Air India would finally enter the largest global airlines network Star Alliance in July after meeting all minimum conditions, including steps to enhance customer satisfaction.

This was announced by Star Alliance Services GmbH CEO Mark Schwab in the presence of Air India CMD Rohit Nandan, who said that almost all the minimum requirements for joining have been met and the remaining ones would be completed by the second half of May.

The Chief Executives Board of the alliance would meet in London on June 22 or 23 for "an endorsement vote to bring Air India into the fold," Schwab said, adding a formal induction ceremony would be held in India sometime in July.

Air India would have one of its Boeing 787 Dreamliners and an Airbus A-320, signifying its international and domestic operations, painted with the Star Alliance logo and livery for the launch, Nandan said.

The move would bring "immense benefits to Indian fliers from day one" as they would be able to earn-and-burn miles, gain access to over 1,000 lounges at as many airports and enjoy seamless connectivity to major cities across the globe, Schwab said.

Air India was working on a customer service improvement plan to improve its services, which would be audited by the International Air Transport Association (IATA), Nandan said.

Air India had started the process of joining the grouping in 2007, but the alliance suspended the process in 2011 on grounds that the airline would take more time to meet the minimum joining conditions due to the merger.

Asked what had changed Star Alliance's perception of Air India in these years, Schwab said, "It's a different Air India now. They went through a very tough integration (merger) process, but that is not unique to Air India as many other carriers went through a similar process.

"Now we see a different company, a different leadership, a strong management team. A lot of work has gone into bringing the airline around and into Star Alliance."

Star COO Jeffrey Goh said the Board would also launch the first mother hub of the airlines' grouping at the new Terminal-2 of London Heathrow Airport on June 23. It would become the hub of operations of 26 member airlines like United, Singapore Airlines, Air China, Air Canada, Swiss, Lufthansa and Turkish.

Asked whether the downgrade of Indian aviation safety parameters by the US Federal Aviation Administration would impact Air India's entry into the alliance, Schwab said, "It is a government to government decision. In our thinking, AI's flights to the US have not got affected, though its codeshare with US carriers will be limited (due to the downgrade) till Category-I (or the top FAA safety category) is restored."

However, the Star Alliance had conducted safety review of Air India and "we are happy with the results," he said.

Regarding steps being taken by Air India to integrate with the alliance, he said the airline would tweak its schedules "to align their flight timings with those of the 13 Star members which currently fly into India."

A similar attempt would be made to provide seamless connectivity at foreign airports too by coordinating arrival and departure of flights with schedules of other member airlnes, the Star Alliance CEO said.

The Star membership is expected to result in several benefits for the airline and its passengers including a hike in Air India's share on the India-US route by about 20 per cent from about 13 per cent now within the first year itself.

The India-US route being a key market for Air India, the membership would mean that its passengers travelling to the US would have easier access to many more cities there as they would be able to seamlessly travel on other Star Alliance member airlines flights going to America.

"The results are encouraging and we are focussing on few areas where the survey shows we need improvement. We have also started taking direct passenger surveys and get about 900 responses daily," he said.

Jet fuel prices cut after a fall in international rates