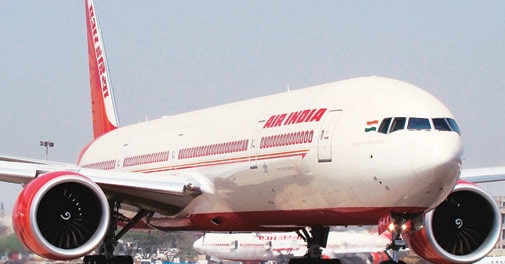 The planes, purchased just six years ago, will be sold for a meagre Rs 2,135 crore, which works out to Rs 427 crore per plane.

The price at which the Maharaja will sell the planes is a mere onethird of Rs 1,400 crore spent on purchasing each.

AI is reported to have lined up another three Boeing 777-200 LRs in its fleet for sale after it got the government nod to sell the other five. The Boeing 777 LRs were meant to fly for the next 25 years, then- civil aviation minister Praful Patel had told the government in August 2004, when the deal was finalised for ordering 111 Boeings and Airbus for the national carrier.

According to officials in the civil aviation ministry and AI pilots " there is no logic as to why an airline will sell off and not lease these planes, which are only six years old". It is an asset to have any new aircraft as Boeing or Airbus will deliver their aircraft to any airline in a minimum of two to three years, they said.

Interestingly, Etihad has already announced plans to deploy these AI aircraft on longhaul routes like Abu Dhabi- Los Angeles from June 2014. "When Etihad can use these Boeing 777- LRs on its crucial routes why can't Air India do the same instead of selling these planes at throwaway prices," an AI pilot said. Even Japan Airlines has withdrawn its Boeing 787 Dreamliners on the Delhi- Tokyo route and replaced them with Boeing 777s.

AI has termed the Boeing 777- LRs as fuel guzzlers while an actual comparison shows that the difference in fuel consumption between the aircraft and a Dreamliner is not much.

Air India gets nod for sale of 5 Boeing aircraft