Emirates' recent decision to reduce its A380 orderbook by 39 aircraft and the lack of order backlog with other airlines prompted Airbus to take this decision. It reported a net negative impact of Euro 463 million related to the A380 programme in 2018. 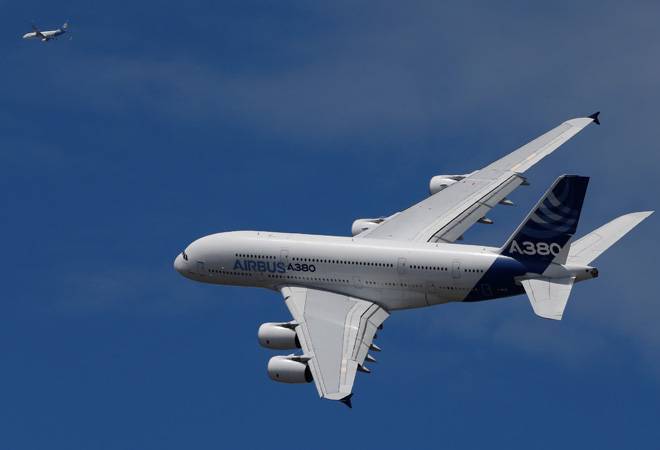 On January 18, 2005, the day Airbus unveiled its 544-seat A380 superjumbo - the largest aircraft ever built - for the first time, its corporate website got over 14 million hits. On just that one day, twice as many people logged onto the site as normally seen in an average month, all eager to check out the world's first double-decker passenger jet that was being called the European aviation firm's 21st century flagship.

But Airbus yesterday announced that it will pull the plug on this iconic jet. The decision was prompted after Emrirates - the largest A380 customer - decided to reduce its orderbook for this aircraft from 162 to 123 following a review of its operations. According to Reuters, the Gulf carrier opted to order 70 of the smaller A350 and A330 Neos instead. "As a consequence and given the lack of order backlog with other airlines, Airbus will cease deliveries of the A380 in 2021," the firm said in a statement yesterday.

In a conference call with analyst post announcing the Q4 results, Airbus Chief Executive Officer Tom Enders said it was "a painful decision" since the firm had "invested a lot of effort, a lot of resources and a lot of sweat" into this aircraft. "But obviously we need to be realistic," he added.

According to him, the "consequences" of Emirates' decision to reduce its A380 orderbook by 39 aircraft "are largely embedded in our 2018 full year results". The firm reported a net negative impact of Euro 463 million related to the A380 programme. So Airbus will produce just 17 more of these planes - 14 for Emirates over the next two years and 3 for Japanese airline ANA.

"On average, an A380 takes off or lands every six minutes around the world," Airbus had said in a statement in mid-2013 after over a 100 of these super-jumbos had been delivered to 9 airlines. So how did things reach such a sad ending just six years on?

The A380, which was a major step in Airbus' efforts to compete on equal terms with arch rival Boeing and challenge its legendary cash-cow 747, failed to take hold as airlines started backing smaller, more nimble jets.

Airbus had envisaged that soaring demand for air travel along with increasingly congested airports would force the global aviation industry to bet on larger planes. But, on the contrary, sales of the massive four-engined jets took a hit as operating airlines got lured by the improvements in lighter twin-engined alternatives, such as the Boeing 787 and 777 or Airbus's own A350. Besides, not all airports boasted the infrastructure to handle such jumbo jets. India, for instance, only lifted the ban on A380s - also prompted by  concerns that foreign carriers would further hurt state-run Air India by grabbing a larger share of international traffic - in 2014.

"The A380 is Emirates' flagship and has contributed to the airline's success for more than ten years. As much as we regret the airline's position, selecting the A330neo and A350 for its future growth is a great endorsement of our very competitive widebody aircraft family," said Guillaume Faury, President of Airbus Commercial Aircraft and future Airbus CEO. The decision to axe the A380 will be the last major step by Enders, who steps down in April.

Airbus said it will start discussions with unions in the next few weeks regarding the "3,000-3,500 positions potentially impacted over the next three years". Responding to behind the-scenes concerns from customers from Asia to Europe, Enders stressed Airbus would continue to support the A380 as long as it remains in service. Emirates, which had built its global brand around its 100 A380s as well as Boeing 777, said it was disappointed by the closure. The A380 will remain a pillar of the Emirates fleet well into the 2030s, the airline added.