Airlines owe over Rs 2,111 cr to Airports Authority of India

Airlines owe over Rs 2,111 crores to Airports Authority of India (AAI), with national carrier Air India alone accounting for over two-third of the dues. 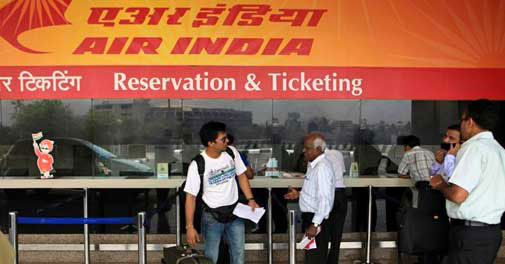 Airlines owe over Rs 2,111 crores to Airports Authority of India (AAI) , with national carrier Air India alone accounting for over two-third of the dues.

Venugopal said the aviation companies fail to pay the dues due to one reason or the other, but AAI takes adequate efforts to recover the dues by regular monitoring.

"Action was also taken as per the approved credit policy of AAI. Defaulting companies had to pay interest as per AAI Credit Policy on delayed payments. In cases, where delay persists, besides encashing the security deposit, the defaulting airlines are put on 'Cash & Carry Basis'," the Minister said.

AAI charges interest of 12 per cent per annum on traffic dues. Interest on non-traffic dues is charged as per terms and conditions of the agreement which could be either 18 per cent or 12 per cent, he said.

In reply to a separate question, the Minister said that there was shortage of type rated senior pilots, who are Pilots-in-Command, in the country due to growth of aviation industry and induction of new aircraft.

Venugopal, however, said that there was no shortage of pilots at the entry level and sufficient numbers of co-pilots were available. .