After having sold its five new Boeing 777-200 LR aircraft at a throwaway price, Air India (AI) does not expect to do any better with the sale of next three similar widebodied jets. 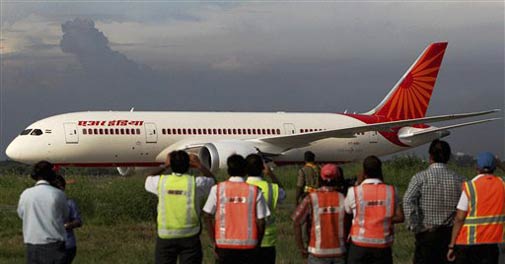 After having sold its five new Boeing 777-200 LR aircraft at a throwaway price, Air India (AI) does not expect to do any better with the sale of next three similar widebodied jets. A top AI official told Mail Today on Friday, "We are not very sure on how the bids will fare. There are not many airlines using these planes. We are also largely hoping on leasing aviation companies to participate in the global bidding for our planes.'' AI chairman and managing director Rohit Nandan said, "I hope this time we do not face problems like we did during the sale of these planes earlier." Last October, AI worked out a deal with Etihad Airways to sell the five Boeings, which have an average age of six years, for Rs  2,135 crore, which worked out to a meagre Rs  427 crore per plane.

While AI is determined to discard these planes claiming that they are fuel guzzlers, there are as many as nine international airlines, including Japan Airlines and Etihad, which use them. Etihad flies the five planes bought from AI to Europe and the US. The competitive global bidding, released on April 17, will close on May 12 and opened a day later. While commercial bids for these three five-year-old planes would be opened on May 13, technical bids would be opened at a later date.

The announcement of the sale comes at a time when the country is in the midst of the Lok Sabha elections and the next government will take over in a month's time.

Interestingly, these Boeings were meant to fly for the next 25 years, then-civil aviation minister Praful Patel had told the government in August 2004, when the deal for ordering 111 Boeings and Airbus for the national carrier was finalised.